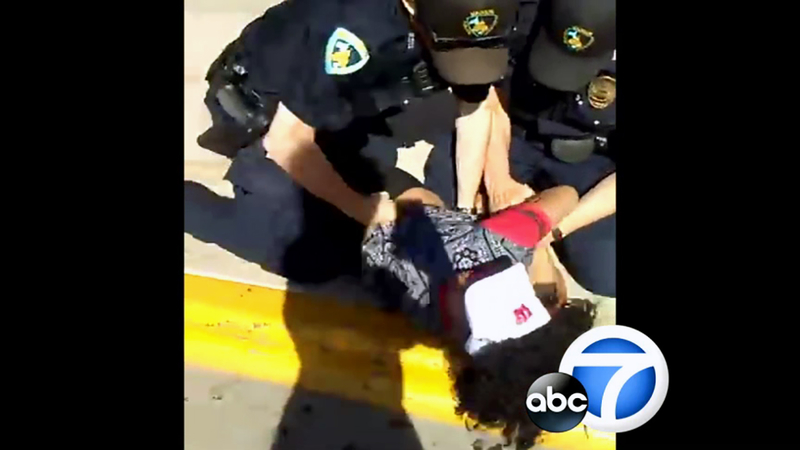 MADISON, Wis. (KABC) -- A wild police confrontation was caught on camera in Madison, Wisconsin, and many were asking if officers went too far.

Police said they responded to a 911 call of a woman with a knife at a Taco Bell.

The video begins as officers were attempting to restrain 18-year-old Genele Laird.

The woman told police she was trying to retrieve a phone from a Taco Bell employee, who she said had stolen it.

In the video, Laird can be seen struggling with officers, refusing to put her hands behind her back.

Laird is then pushed to the ground, kneed several times and even punched in the stomach.

She was then tasered numerous times.

Laird is later outfitted with a spit mask and carried to the back of a patrol car.