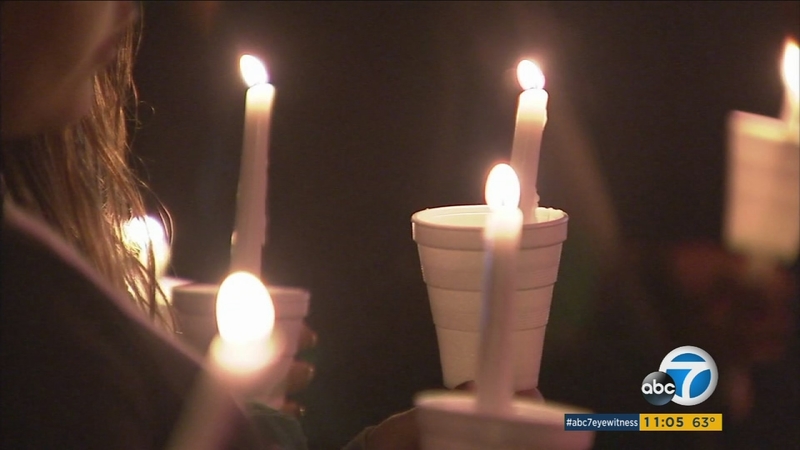 NORTH HOLLYWOOD, LOS ANGELES (KABC) -- A candlelight vigil was held Monday evening for a 67-year-old grandfather who was fatally stabbed while walking in a park in North Hollywood.