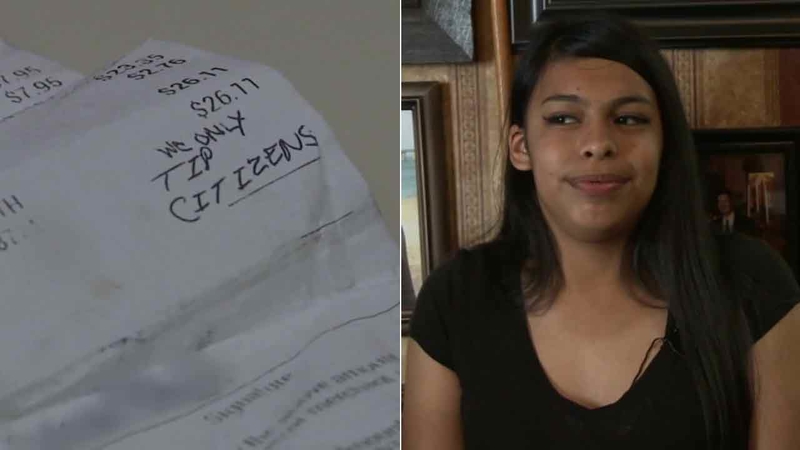 HARRISONBURG, Va. (KABC) -- A waitress in Harrisonburg, Virginia, received a racist and hateful comment on a receipt from two restaurant patrons.

Sadie Elledge says she served a man and woman - and from the start, she felt uncomfortable. Elledge says they wouldn't even speak to her, only nodding their heads.

The duo didn't leave a tip, which isn't unusual, but the message they left on the receipt was shocking: "We only tip citizens."

The man and woman seen in this image wrote a hateful message to their waitress read, 'We only tip citizens.'

"It shouldn't even matter, and like, I just feel like it's just rude and disrespectful. I have never met them. I've never done anything to them," Elledge told WHSV.

Elledge says not only was the message hateful, it's not even correct - because she was born in the U.S.

The restaurant is an immigrant-created and owned business. The owner says she doesn't want the couple to come back unless they regret what they did.