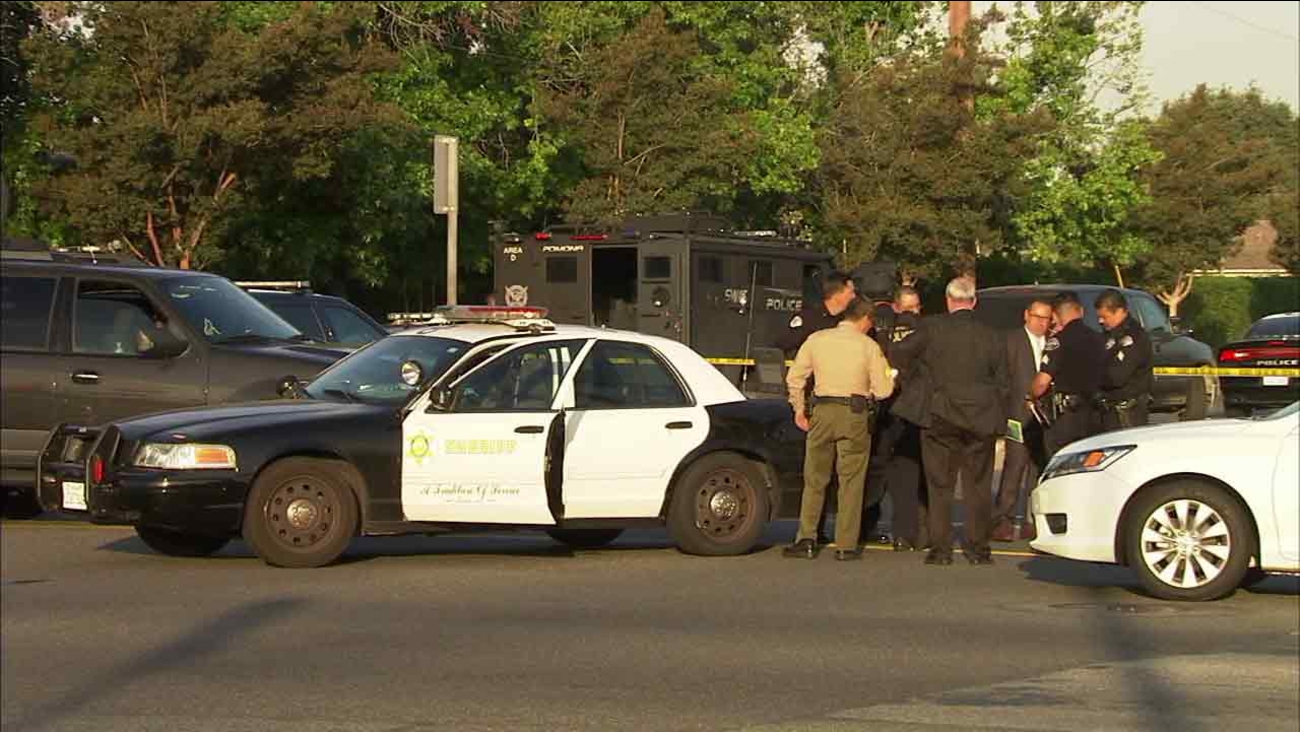 WEST COVINA, Calif. (KABC) -- A search was underway Saturday for a gunman accused of shooting a West Covina officer in the chest during a gun battle and fleeing.

The incident happened near North Yaleton Avenue, just north of Badillo Street, at about 11:18 p.m. Friday night, according to the Los Angeles County Sheriff's Department.

Sheriff's officials said when homicide detectives arrived, they learned the West Covina officer contacted a man on a bike, which led to an officer-involved shooting between the officer and the suspect.

The unidentified officer sustained a gunshot wound to the upper torso and was transported to a nearby hospital, according to officials. He was expected to survive.

The suspect remained outstanding and sheriff's officials said he is believed to be armed.

Law enforcement personnel, including West Covina police and LASD officials, were searching for the suspect in the area of the shooting.

It is unknown at this time if the suspect was struck by gunfire.
Related topics:
west covinalos angeles countysearchofficer involved shootingshooting
Copyright © 2020 KABC-TV. All Rights Reserved.
RELATED 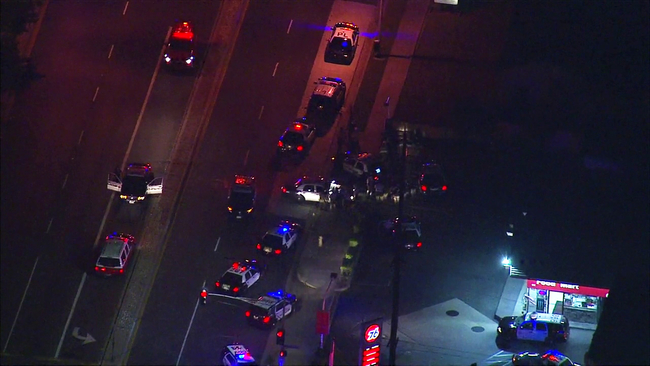