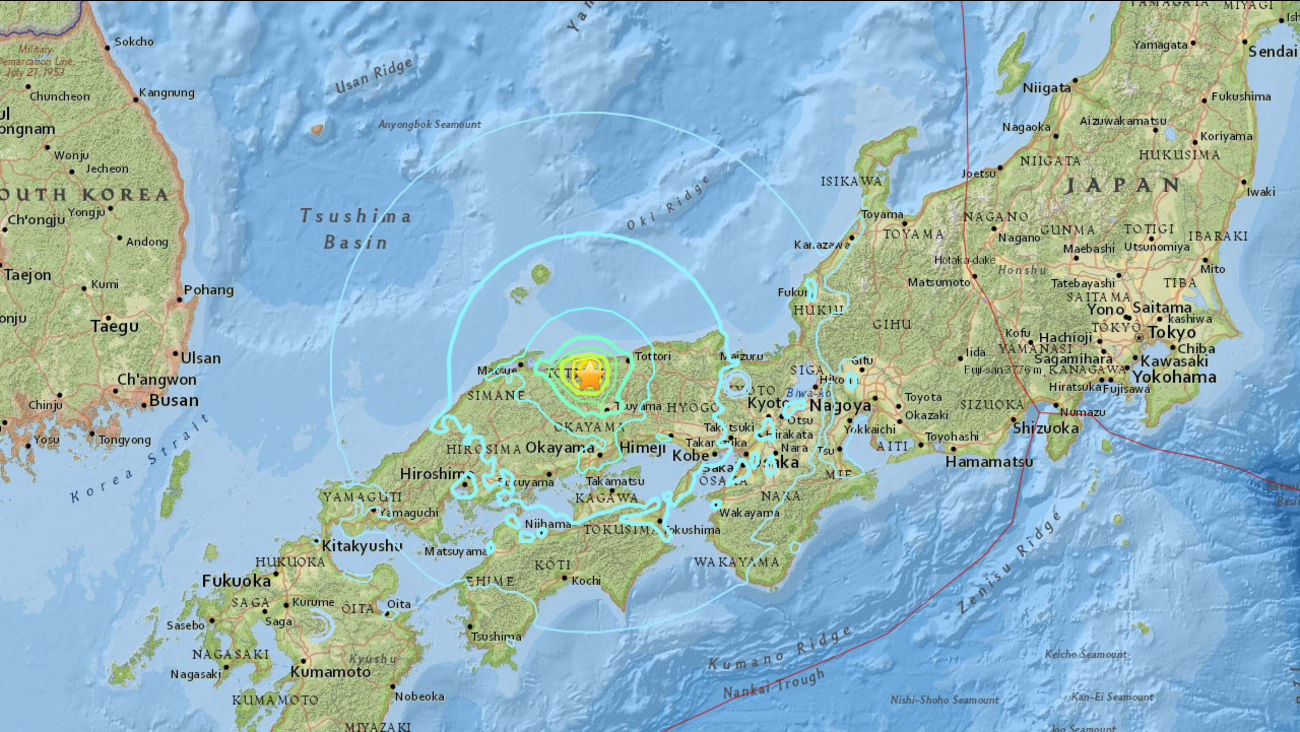 The Japan Meteorological Agency said the 6.6-magnitude quake occurred in Tottori, a prefecture on the Sea of Japan about 700 kilometers (430 miles) west of Tokyo. The epicenter was at a relatively shallow depth of 11 kilometers (7 miles). Shallow quakes potentially cause more damage, but Friday's damage appeared to be mostly minor or localized.

At least two houses collapsed, and television footage showed roof tiles knocked loose, wall fragments from a sake brewery fallen to the ground, and wine bottles and food items scattered on a store floor. Japan's public broadcaster NHK said a woman cooking in a restaurant was taken to a hospital after she was splashed with oil.

"It shook quite violently and file cabinets fell down, but luckily nobody was injured in this office," Koji Nakahara, a town hall official in coastal Hokuei, told NHK by telephone.

The earthquake caused temporary blackouts at about 32,000 homes, according to Chubu Electric Power Co., a regional utility.