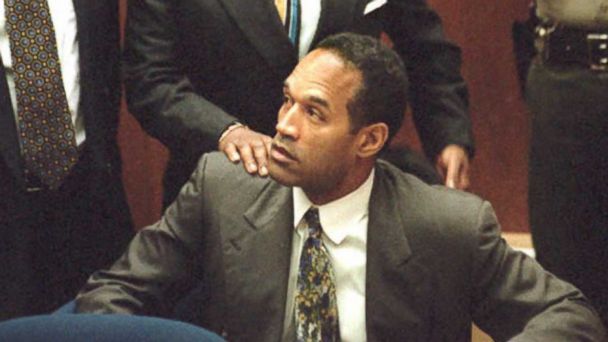 A juror who served on the 1995 O.J. Simpson criminal trial says his perception of Simpson's innocence has changed over the years, but he ultimately stands by the not guilty verdict.

"Based off the evidence as presented in the trial ... the only conclusion I can come to is not guilty," Lon Cryer told ABC News' "Nightline" co-anchor Dan Harris. "It wasn't based on whether or not I really thought he did it or didn't do it... The only thing that trial did was raise reasonable doubt in my mind about whether or not he was the perpetrator or not."

In 1995, Simpson was acquitted of the murders of his ex-wife Nicole Brown Simpson and Ron Goldman in what became known as the "trial of the century." In 1997, however, Simpson lost a wrongful death civil suit that the Goldman and Brown families brought against him, and was ordered to pay $33.5 million in damages. Simpson has always maintained he did not kill Goldman and Brown.

Cryer, who was juror No. 247 in the 1995 "The People vs. O.J. Simpson" criminal trial, said he now feels differently about Simpson.

"I'm probably pretty sure that he probably is the person that went over there and killed Nicole Brown Simpson and Ron Goldberg," he said.

Cryer said his perception changed after Simpson's notorious book, "If I Did It: Confessions of a Killer," came to light.

"I thought that was so bush league," he said. "It became apparent to me in my mind that he was probably the person that went over there and killed those people."

Cryer is perhaps best known as the juror who gave Simpson a black power salute -- a raised fist -- as he left the courtroom after the verdict was announced.

"It was only to say to Mr. Simpson ... 'Hey man, enjoy your life, go back and be a real person again, because really, truthfully this was a blessing to you that we gave you here,'" Cryer said. "I wanted to try to let him know how I felt about it, really, about him and about the fact that he had been acquitted."

Cryer is featured in a four-part series, "The Jury Speaks," airing on Oxygen that takes a look at some of the major trials of our time through the jurors' eyes and asks them to recast their verdict votes given what they know now.

Nancy Glass, the executive producer of the Oxygen series, said she believes the public is still fascinated with the Simpson case because it's still "an unsolved mystery."

"And it involves money, celebrity, sex, murder," she said. "I think it will always capture our imagination even if an answer is found."

Reflecting on big moments during the 1995 criminal trial, Cryer brought up the infamous glove experiment, in which Simpson tried on a bloody glove found at the crime scene and the glove didn't fit. Cryer said he thought that demonstration "backfired on the prosecution."

"It screams out to me that obviously those gloves don't fit him which means that maybe he wasn't the perpetrator of the crimes," he said.

Simpson had put on rubber gloves before trying on the glove in court, which Cryer acknowledged would likely change how the glove fit.

"But you have to remember that the prosecution allowed that to happen," he said.

That experiment is something Marcia Clark, the lead prosecutor in the trial, said she tried to stop from ever happening.

Another pivotal moment in the trial was the audio tapes of LAPD Det. Mark Fuhrman, the officer who found the bloody glove and was heard the recordings using racial slurs. Hearing the Fuhrman tapes, Cryer said, was a big moment for him as a juror.

"It just it threw light on him as a perjurer in that case and of course he was a major prosecution witness," Cryer said.

Simpson's defense team brought the issue of race to the forefront, and they argued the LAPD had planting or contaminating evidence the prosecution presented during the trial.

"Whoever committed the crimes had bloody clothes, the bloody murder weapon, as well as bloody shoes, none of those pieces have ever been found," Cryer said. "I don't think that the perpetrator of that crime would have been clumsy enough to drop a glove ... I actually believe those pieces of evidence were planted."

But from his perspective, Cryer said he doesn't feel race had an impact on the resulting verdict.

"There were some people that tried to infer that the verdict was a payback for the Rodney King verdicts," he said. "I think a lot of people thought that some of us were predisposed to decisions beforehand. I personally wasn't and I feel that none of the other jurors on the case were personally disposed to come up with a verdict other than what they would have come up with."

The jurors were sequestered in a hotel for months throughout the trial. They weren't allowed to watch television or read the newspaper and they were given a strict curfew every day.

"There were times where it really did feel like you were in jail. It wasn't fun at all," Cryer said. "I believe it created a certain tension because of course it created stress for people."

After 253 days of trial and hearing testimony from 156 witnesses, the case was finally handed over to the jury to deliberate.

"We took a straw poll and of course the straw poll came back 10-2 for acquittal and I will admit to you, the adrenaline was flying in me," Cryer said. "I didn't lose sight of what I was supposed to do, but what it was about was I had been sequestered for 10 and a half months. I had no control over anything. When we were at the point of deliberation at this point, we as the jury have control of how much longer we're going to be here."

After less than four hours of deliberation, the jury reached a verdict and Simpson was found not guilty. But afterward, Cryer says his first days of freedom were mired in fear.

"The night that we were released I didn't even stay at my own home. I was in fear. I wound up staying at a hotel the first night," he said. "I had people camped out at my home in Los Angeles all the time and I had people would show up at my house and leave threatening remarks if ... I answered my intercom switch and stuff."

Simpson is currently serving a nine-to-33-year prison term for armed robbery and kidnapping after a 2007 Las Vegas hotel room confrontation over sports memorabilia. His next parole hearing is Thursday.

When he heard about Simpson's conviction for the 2007 incident, Cryer said he felt like saying, "How stupid can you be?"

"All you had to do was just stay quiet," he said. As for the sentence Simpson received for that incident, which some maintain was harsher than most for the crime, he said, "I believe that was Nevada's way of saying, 'We're not California.'"
Report a correction or typo
Related topics:
abc newsnational
Copyright © 2021 ABC News Internet Ventures.
More Videos
From CNN Newsource affiliates
TOP STORIES