What the Democratic Candidates Need to Prove in Saturday's Debate 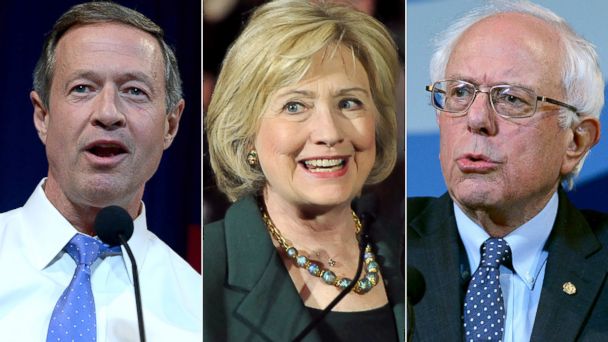 MANCHESTER, NH -- The next presidential debate is right around the corner and Saturday night may be a crucial moment for all three of the Democratic presidential candidates.

The debate, hosted by ABC News, is being held in New Hampshire, where recent polling shows Hillary Clinton and Bernie Sanders are locked in a tight battle. In the latest Boston Herald/Franklin Pierce poll out yesterday, Sanders has 48 percent support compared to Clinton's 46 percent.

The Democrats have had fewer debates than their Republican counterparts, which makes each time the candidates join on stage all the more pivotal.

As Clinton aims to build an even larger lead over her competitors, the clock is ticking on Sanders and Martin O'Malley to make up ground with voters.

Here's what each candidate needs to prove at the debate:

Hillary Clinton is far and away the front-runner for the Democratic presidential nomination and she leads a new ABC News/Washington Post poll out today by more than 30 points. Sanders could very well win the New Hampshire primary and there's a lack of excitement around Clinton in Sanders' home state of Vermont.

A loss in New Hampshire wouldn't necessarily threaten Clinton's potential nomination, but it could point to broader questions about whether liberal Democrats are falling into line. Clinton needs to have a strong debate performance against Sanders in New Hampshire to prove she can compete with him even among the most liberal of Democrats.

Bernie Sanders, the candidate who currently poses the biggest threat to Clinton, will likely have many supporters in the crowd. But Sanders has a lot on the line: even though many Democrats like him, they are worried about his electability. A new Quinnipiac poll in Iowa this week showed that 89 percent of Democrats thought Clinton could win the general election, but only 57 percent thought the same of Sanders.

The Vermont senator has continued to focus on economic inequality during a time in which foreign policy and terrorism are voters' top issues. He'll need to prove that he is electable and has the foreign affairs chops to stand up to the former secretary of state.

Martin O'Malley has one major hurdle in his way before he can start seriously posing a threat in the Democratic race: name recognition. A new national Monmouth University poll this week showed that 63 percent of all Democrats didn't know enough about the former Maryland governor to form a favorable or unfavorable view of him.

O'Malley remains stuck in the single digits in all national and early state polling. But he hasn't backed down from criticizing Clinton and Sanders in the past, and he likely won't stop on the debate stage. But whether he tries to jump into the spotlight by attacking his rivals or painting his own unique vision for the future, time is running out for O'Malley to begin climbing in the polls.

The ABC debate will air at 8 p.m. ET on Saturday and stream live on the ABC News site.