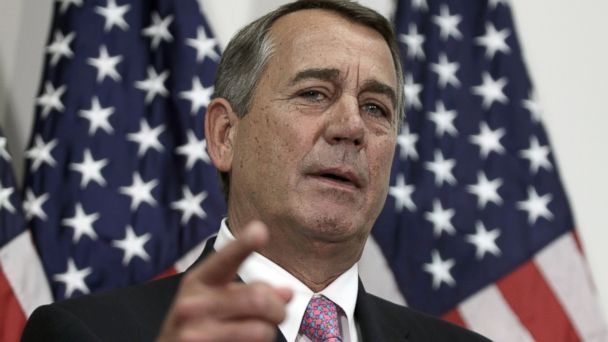 Officials in Congress and the White House have reached a deal that sets spending levels for the next two years and raises the debt ceiling, averting a U.S. government default and lessening the odds of a government shutdown in December.

Congress could vote on the deal as early as Wednesday. Its passage would also take the budget and debt ceiling off the political table until after the 2016 presidential election.

"While this agreement is indeed a compromise, it is promising that Democrats and Republicans in Congress were able to come together to reach a strong agreement that would break the cycle of short-sighted, crisis-driven decision-making," a White House official said Tuesday morning.

Congressional leaders also welcomed the agreement, which was agreed to in principle and posted online late Monday night.

Here's a look at the deal's main points:

The plan also adds $16 billion per fiscal year to the Pentagon's emergency war spending budget, which is not subject to sequestration caps.

These increases are offset in part by the U.S. selling 59 million barrels of oil from its Strategic Petroleum Reserve between 2018-2025.

The agreement would also prevent an expected increase in out-of-pocket costs for many people enrolled in Medicare Part B, a voluntary program which in part covers doctor visits and outpatient care.

The agreement would lift the nation's current $18.1 trillion debt limit until March 2017, allowing the nation to continue to fulfill its monetary obligations without worrying about hitting a numeric ceiling until then. Politically, it also neutralizes the issue until the next president takes office.

Leaders are working furiously to whip support for the agreement in both chambers, as members continue to review the details of the agreement.

The agreement, which couples a debt ceiling hike with a budget featuring entitlement reforms, could give conservatives enough cover to back the agreement. The deal is also expected to attract votes from defense hawks concerned with the sequester's effect on national security.

Rep. Paul Ryan (R-WI), Boehner's likely successor, has not said how he'll vote later this week, but has criticized the negotiation process.