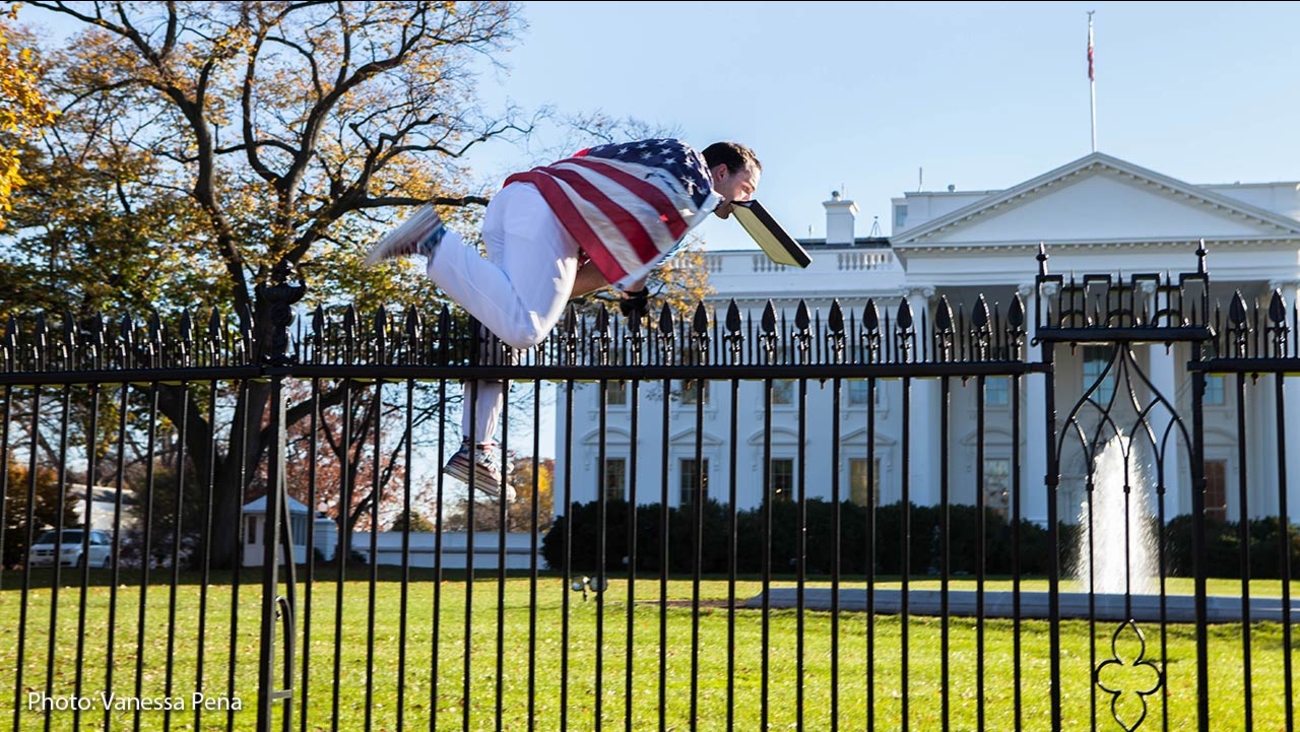 A man draped in an American flag jumps the White House fence on Thursday, Nov. 26, 2015. (Vanessa Peña via Twitter)

WASHINGTON -- A man draped in an American flag climbed over the fence at the White House on Thursday, prompting a lockdown as the first family celebrated Thanksgiving.

The man was immediately apprehended and taken into custody pending criminal charges, the Secret Service said in a statement. The incident took place about 2:45 p.m. EST.

An image of a man atop a section of fence in front of the North Lawn was posted on the website of television station WJLA. Another image showed the man standing on the lawn with his arms raised in victory.

A witness to the incident, Victoria Pena of Texas, said the man was standing with other people visiting the White House compound when he rushed toward the fence carrying what appeared to be a binder.

"I just heard him take a big, deep breath and whisper to himself, 'All right, let's do this' and he took off," Pena said. "It was chaotic. Everyone around us was yelling and kids were crying. It was pretty unexpected."

This guy standing right next to me jumped the White House fence 😳 @washingtonpost get on this pic.twitter.com/LfewNarJ18

Security personnel and guard dogs ran toward the man and he lay on the grass awaiting them, Pena said.

The north and south fence lines at the White House were temporarily closed, Secret Service spokesman Robert Hoback said. In the hours after the incident, numerous armed security personnel were seen along the streets and sidewalks outside the executive mansion.