Who are the victims of the Paris attacks? 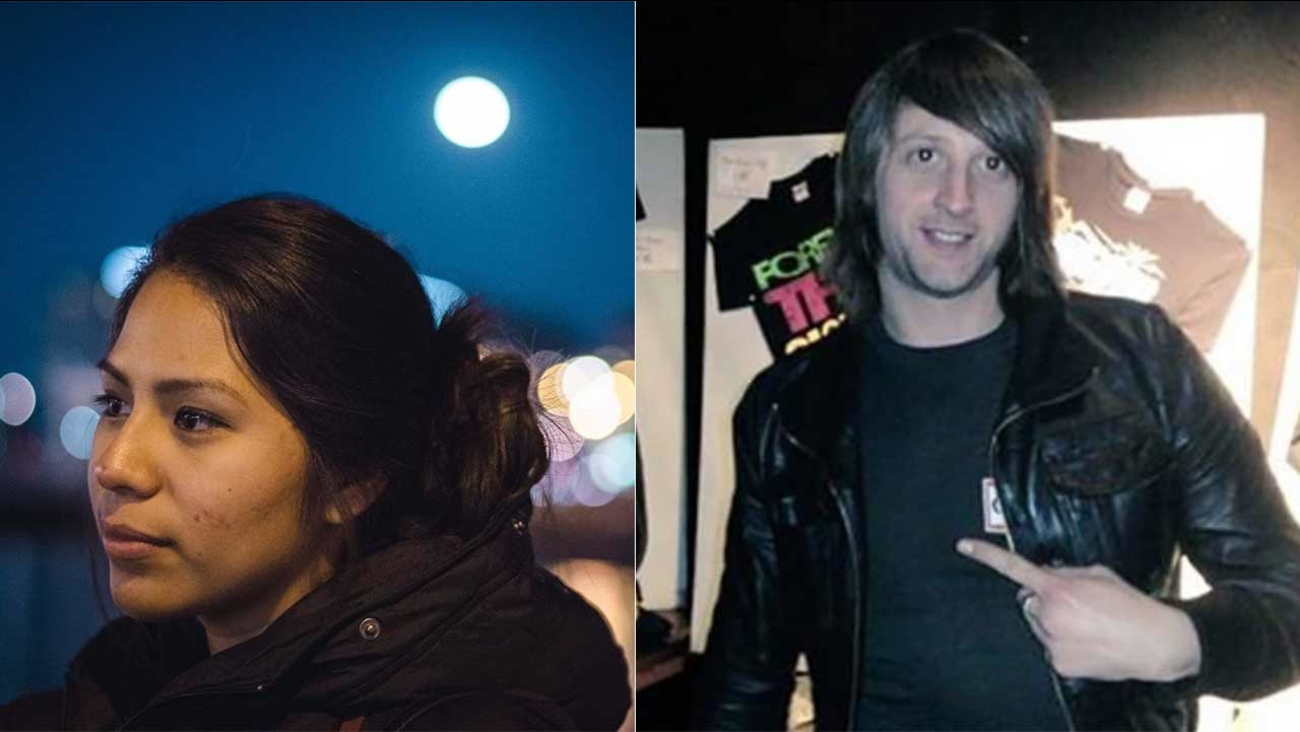 AP
PARIS -- A Chilean mother and her daughter, cut down in a concert hall while the daughter's 5-year-old son survived. A young Italian woman, separated from her boyfriend and friends when the concert erupted in chaos. They were among the latest victims named as officials on Sunday continued the heavy task of identifying the 129 people killed in Friday night's coordinated terrorist attacks in Paris.

Among the confirmed dead:

-Nick Alexander, 36, of Colchester, England, who was working at the Bataclan selling merchandise for the performing band, Eagles of Death Metal. "Nick was not just our brother, son and uncle, he was everyone's best friend - generous, funny and fiercely loyal," his family said in a statement. "Nick died doing the job he loved and we take great comfort in knowing how much he was cherished by his friends around the world."

-Thomas Ayad, 32, producer manager for Mercury Music Group and a music buff who was killed at the Bataclan. In his hometown, Amiens, he was an avid follower of the local field hockey team. Lucian Grainge - the chairman of Universal Music Group, which owns Mercury Music - said the loss was "an unspeakably appalling tragedy," in a Saturday note to employees provided to the Los Angeles Times.

-Asta Diakite, cousin of French midfielder Lassana Diarra, who played against Germany in Friday's soccer match at Stade de France, during which three suicide bombers blew themselves up outside the stadium Friday night. Diarra, who is Muslim, posted a moving message on Twitter after his cousin was killed in the shootings, saying that "She was like a big sister to me." He added: "It is important for all of us who represent our country and its diversity to stay united against a horror which has no color, no religion. Stand together for love, respect and peace."

-Guillame Decherf, 43, a writer who covered rock music for the French culture magazine Les Inrocks. He was at the Eagles of Death Metal concert, having written about the band's latest album.

A fellow music journalist, Thomas Mafrouche, often saw Decherf at concerts and was supposed to meet him Sunday. In a Facebook message to The Associated Press, Mafrouche said Decherf was extremely proud of his two young daughters. "I'm thinking about their pain, about their father, whom they will miss terribly," he wrote. Laurence Faure with the Hard Force heavy metal website, to which Decherf contributed, said Decherf was appreciated for his humor and kindness. "He didn't have an ego problem," she wrote.

-Fabrice Dubois, who worked with the publicity agency Publicis Conseil. The agency said in a statement on Facebook that he was killed at the concert hall and that "the entire agency is upset. He was a very great man in every sense of the word. Our thoughts are with his family, his wife, his children, his friends, those with whom he worked."

-Michelli Gil Jaimez, of Tuxpan in the Mexican state of Veracruz, had studied at a business school in Lyons, France, and was currently living in Paris. She also held Spanish citizenship. She had just gotten engaged to her Italian boyfriend, according to her Facebook page. Mexican officials did not give her age or say where she was killed.

-Nohemi Gonzalez, 23, a senior at California State University, Long Beach. The university said Gonzalez, from El Monte, California, was attending Strate College of Design in Paris during a semester abroad program. Gonzalez was in the Petit Cambodge restaurant with another Long Beach State student when she was fatally shot, Cal State officials said in a news conference Saturday.

Her mother, Beatriz Gonzalez, said Nohemi graduated early from high school early and couldn't wait to go to college. "She was very independent since she was little," she said. Design professor Michael LaForte said Gonzalez stood out at the California university. "She was a shining star, and she brought joy, happiness, laughter to everybody she worked with and her students, her classmates."

-Alberto Gonzalez Garrido, 29, of Madrid, who was at the Bataclan concert. The Spanish state broadcaster TVE said Gonzalez Garrido was an engineer, living in France with his wife, also an engineer. They both were at the concert, but became separated amid the mayhem.

- Mathieu Hoche, 38, a cameraman for France24 news channel, also killed at the concert. A friend, Antoine Rousseay, tweeted about how passionately Hoche loved rock 'n' roll. Gerome Vassilacos, who worked with Hoche, told the AP that his colleague was fun, easygoing and great to work with. "Even though he laughed easily and joked around, he worked hard."

Hoche had a 9-year-old son whom he had custody of every other weekend, so he lived a bit of a bachelor lifestyle, Vassilacos said. He and Hoche would go out for beers and chat up women, and Vassilacos said he recently thought they should hang out more often because they had so much in common.

-Djamila Houd, 41, of Paris, originally from the town of Dreux, southwest of the capital. The newspaper serving Dreux - L'Echo Republicain - said Houd was killed at a cafe on the rue de Charrone in Paris. According to Facebook posts from grieving friends, she had worked for Isabel Marant, a prestigious Paris-based ready-to-wear house.

-Cdric Mauduit, director of modernization of the French department of Calvados. The department issued a statement announcing his death at the concert hall, saying that Mauduit "found it a joy to share this concert with his five friends" and said the sadness of those who knew him was "immense." Anyone who worked with Mauduit, the statement said, could appreciate both his skills and his humanity.

-Valentin Ribet, 26, a lawyer with the Paris office of the international law firm Hogan Lovell, who was killed in the Bataclan. Ribet received a master of laws degree from the London School of Economics in 2014, and earlier did postgraduate work at the Sorbonne university in Paris. His law firm said he worked on the litigation team, specializing in white collar crime. "He was a talented lawyer, extremely well liked, and a wonderful personality in the office," the firm said.

In a statement, Chile's Foreign Ministry described them as the niece and grandniece of Chile's ambassador to Mexico, Ricardo Nunez. "They were taken hostage, and so far we know they were killed in a cold and brutal manner," Nunez told Radio Cooperativa on Saturday. He said two people with them escaped alive.

- Valeria Solesin, 28, an Italian-born doctoral student at the Sorbonne. She had lived in Paris for several years and had gone to the concert at the Bataclan with her boyfriend. They lost track of each other as they tried to escape. Her mother, Luciana Milani, told reporters in Venice, "We will miss her very much, and she will be missed, I can also say, by our country. People like this are important."

Solesin had been working at the Sorbonne as a researcher while completing her doctorate. While at a university in Italy, Solesin had worked as a volunteer for the Italian humanitarian aid group Emergency. "It is tragic that a person so young, who is trying to understand the world and to be a help, find herself involved in such a terrible event," said Emergency regional coordinator in Trento, Fabrizio Tosini.

- Luis Felipe Zschoche Valle, 33, a Chilean-born resident of Paris. Chile's Foreign Ministry said he had lived in Paris for eight years with his French wife and was killed at the Bataclan, where he had gone with his wife. He was a musician and member of the rock group Captain Americano.

Some governments announced that their citizens had been killed, without giving names. Germany's Foreign Ministry said Sunday that a German man was killed. The Paris correspondent for German public broadcaster ARD, Mathias Werth, wrote on Twitter that the man had been sitting on the terrace of a cafe when he was killed. Sweden's Prime Minister Stefan Lofven said a Swedish citizen was killed. Mexico's government said another of its citizens, a woman who held dual Mexican-U.S. citizenship, was killed.
Related topics:
explosionterror threatparisparis terror attackmass shootingterrorismu.s. & world
Copyright © 2020 by The Associated Press. All Rights Reserved.
RELATED 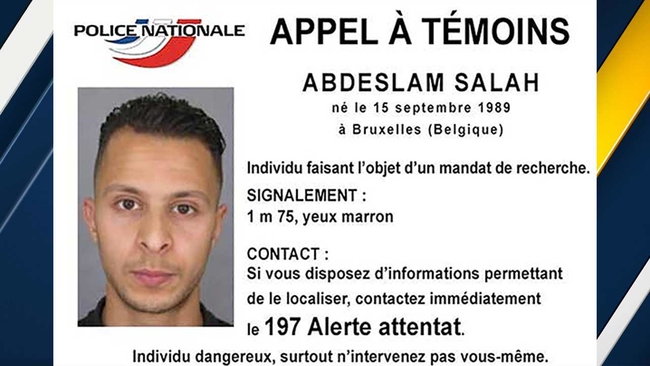 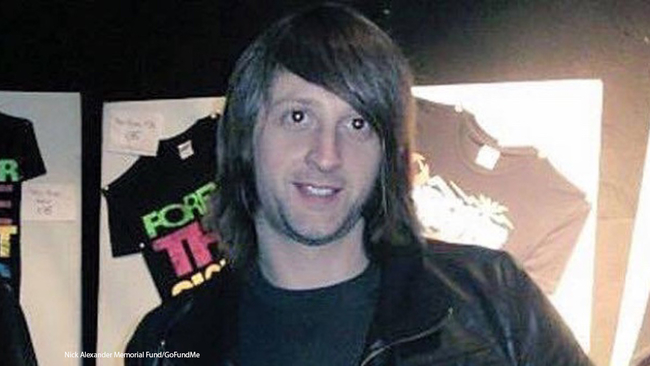