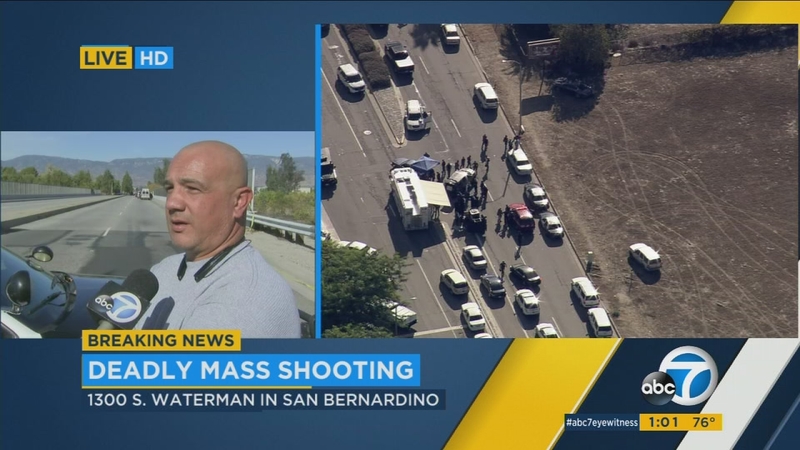 SAN BERNARDINO, Calif. (KABC) -- A man says he heard a barrage of gunfire near the Inland Regional Center in San Bernardino where the shooting took place Wednesday, and then saw a black SUV flying southbound down Waterman Avenue.

Juan Hernandez of Rialto said he heard "multiple shots, shots going off like crazy, just one right after the other," and thought it sounded like shots from a shooting range.

"I've heard gunfire before, and that's what it sounded like," Hernandez said.

He says he saw at least one person in the SUV wearing what appeared to be military fatigue.

Up to 14 people were killed and 14 others injured when gunmen opened fire inside Inland Regional Center.

A source confirmed to Eyewitness News that there were three shooters armed with rifles, and there were no suspects in custody. Riverside police said they are helping other agencies look for male suspects in a black SUV, possibly a GMC Yukon.