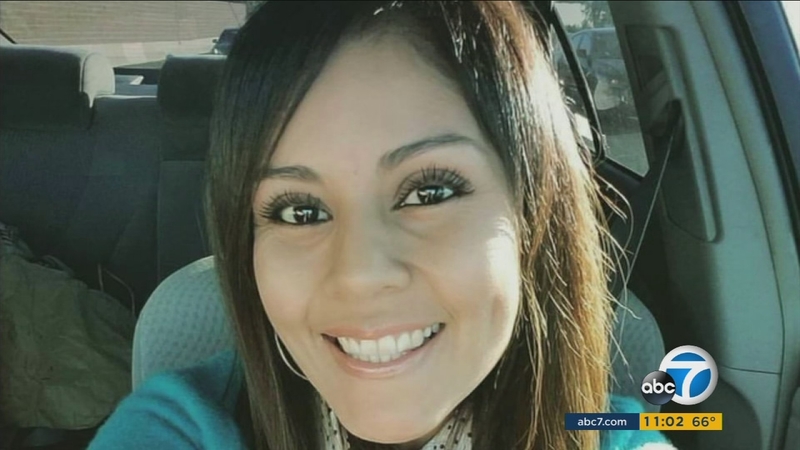 SOUTH LOS ANGELES (KABC) -- A 34-year-old woman was expected to be taken off life support after being struck by a hit-and-run driver in South Los Angeles. The frightening incident was captured by a surveillance camera.

Last Friday around 10:45 p.m., Ingrid Argueta was crossing westbound 79th Street outside of the crosswalk when she was mowed down by a car traveling northbound on Denker Avenue.

Family members said she had just celebrated her upcoming birthday when the crash happened.

She was taken to a local hospital and placed on life support, her family said. She was treated for cranial bleeding, a laceration to the back of her head, abrasions to her arm and possible fractured legs, authorities said.

"She had severe damage on the brain and like I said this morning there's nothing they can do. That's it. We have until tomorrow to disconnect the life support," father Roy Argueta said.

By Thursday evening, her father said she would be taken off life support between midnight and 6 a.m. Friday. The family said their goodbyes and spent their final hours with her at the hospital.

The driver of that car did not stop to render aid, police said.

Family members said Argueta has a 6-year-old daughter. Argueta had been visiting family in South L.A.

"She was celebrating her birthday. She came to visit us and this happened across the street," aunt Hilda Argueta said.

Argueta had also recently gone back to school to earn a teaching credential. Her father said he was very proud of her and that she would wake up early in the morning to take her daughter to school, go to work and head to class after work.

Her family is urging the public to help and hopes the driver comes forward.

Family members returned to the scene of the crime Thursday night to say goodbye to her during a candlelight vigil.

A reward of up to $50,000 is available for anyone who can provide information leading to the offender's identification, apprehension and conviction or resolution through a civil compromise, police said.