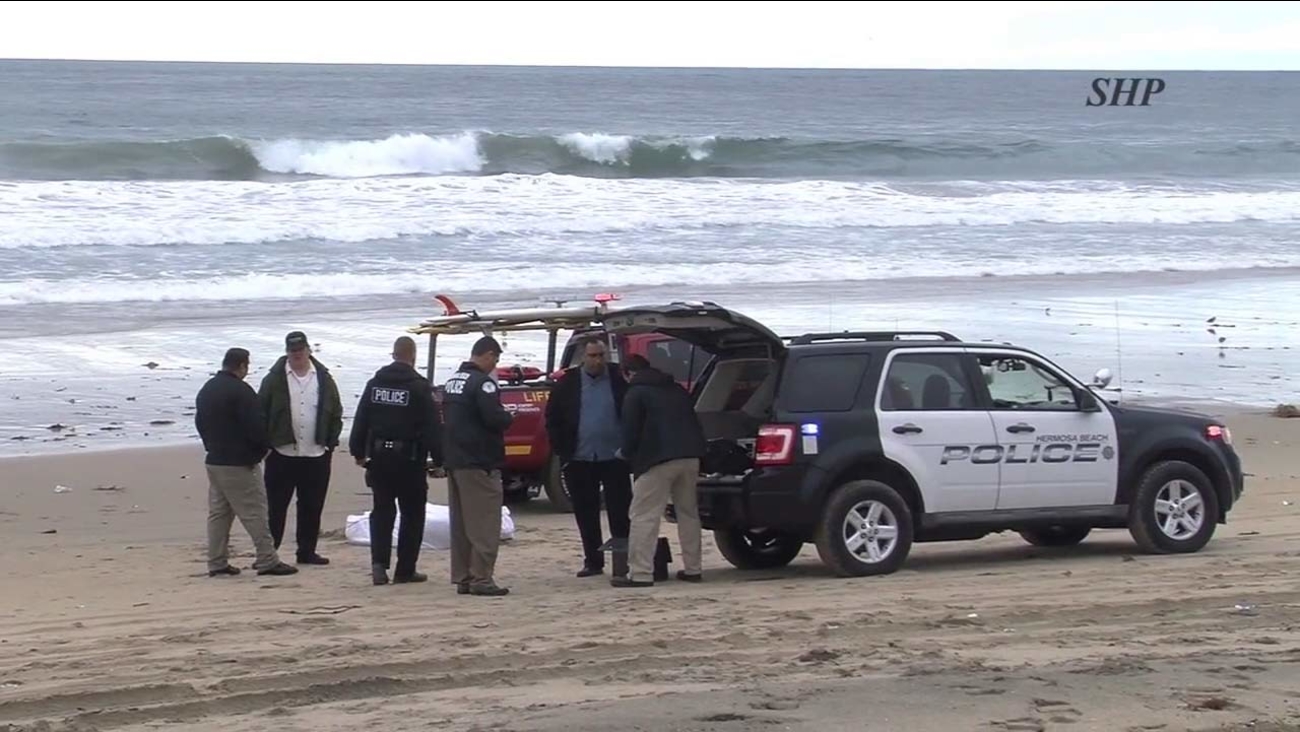 Hermosa Beach police said someone reported discovering the body around 12:30 a.m. Sgt. Robert Higgins said police are not investigating this as a suspicious incident since the death appeared to be a drowning.

The coroner's office identified the woman as Margaret Brinkerbrown, a resident of Hermosa Beach. Authorities said she was reported missing right around the same time her body was discovered.

Higgins said Brinkerbrown appeared as if she was prepared to go for a swim because she was dressed in a bathing suit.

He added that conditions in the water were dangerous due to the storm, and it was not unusual for avid swimmers to venture out into the ocean even amid turbulent waters.
Related topics:
hermosa beachlos angeles countybeachesdrowningswimmingbody found
Copyright © 2020 KABC-TV. All Rights Reserved.
More Videos
From CNN Newsource affiliates
TOP STORIES