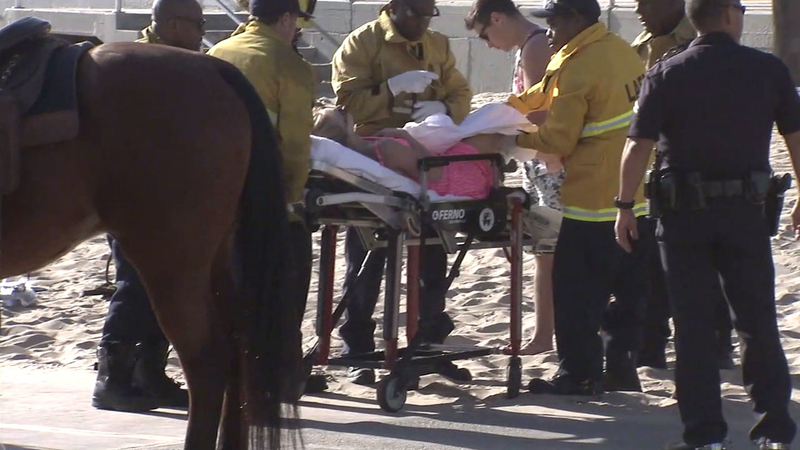 VENICE, LOS ANGELES (KABC) -- A female bystander was accidentally shot in the calf by a bullet that killed a pit bull suspected of biting a mounted Los Angeles police officer's hand in Venice.

LAPD metro mounted officers had approached a group of transients on the Venice Beach Bike Path near Ocean Front Walk and Rose Avenue around 3:30 p.m. It was unclear why the officers approached the group.

At some point, one of the transient's pet pit bull moved toward one of the officers and allegedly bit him on the hand. The officer shot the dog, killing it. Witnesses said the bullet went through the dog and ended up striking a woman in the calf.

She was either hit by the bullet or a bullet fragment, but it was unclear.

Authorities said she was biking down the path and was not involved in the incident when she was suddenly struck. Paramedics treated her at the scene and took her to a nearby hospital.