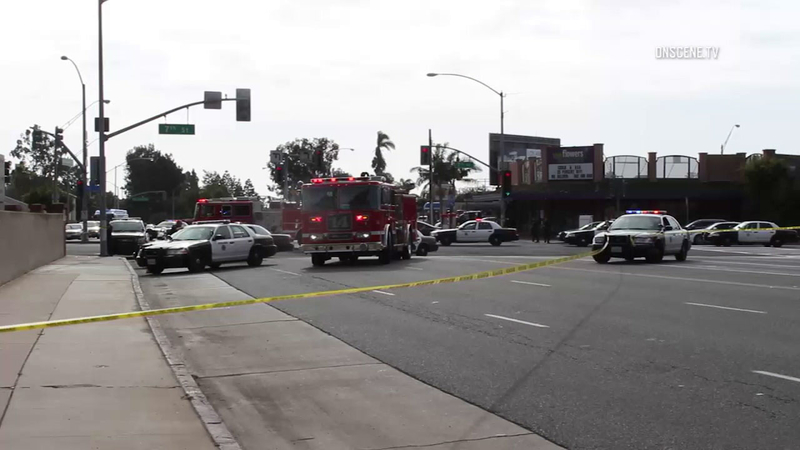 LONG BEACH, Calif. (KABC) -- A woman accused of threatening people with a knife has died after being shot by Long Beach police on Sunday.

It all started when officers responded to a call of a woman with a knife confronting several homeless people outside a Jack in the Box in the area of 7th Street and Bellflower Boulevard at about 11:15 a.m., according to Sgt. James Richardson of the LBPD.

Upon arrival, authorities encountered the woman and an officer-involved shooting occurred. The suspect was struck by gunfire and transported to a nearby hospital, where she later died, Richardson said.

Witness Valerie Simpson said she was one of several people threatened by the suspect.

"She wielded a knife and started jabbing it at me, so I put my cart in front of the way," said Simpson. "And I have a friend of mine that was sitting with me and he had a jacket, so we wrapped it around his arms and was putting it, you know, in front of her so that she couldn't stab me."

According to Simpson, the woman made several attempts to stab her before a man came up and led her away. 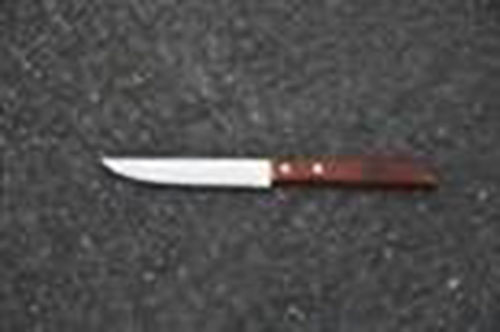 A knife believed to have been used by a woman who was fatally shot by Long Beach police on Sunday, Jan. 15, 2017.

Employees at nearby businesses said the suspect was homeless and frequently seen in the area.

No officers were injured during the incident, police said, and a knife was recovered at the scene.