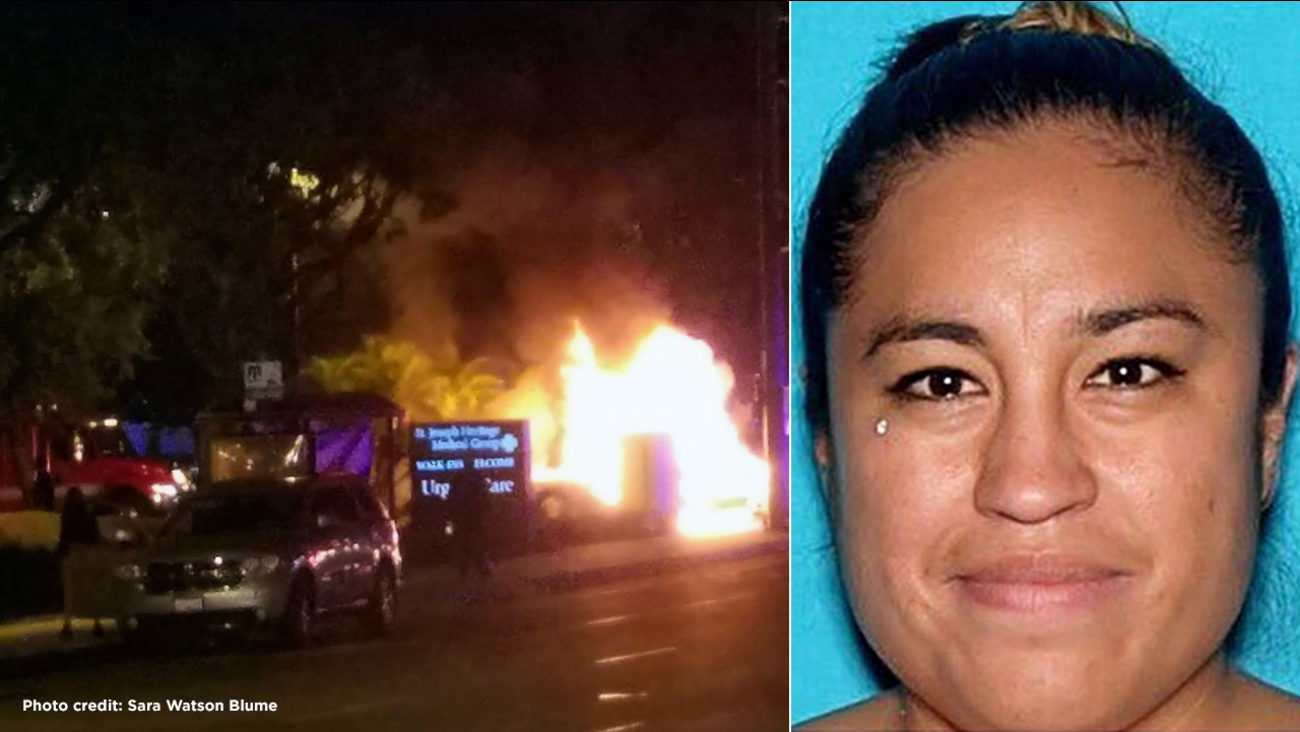 ORANGE, Calif. (KABC) -- Authorities arrested a 32-year-old woman Friday morning on suspicion of driving under the influence and gross vehicular manslaughter after she caused a fiery triple-car crash in Orange that left a man dead.

Police believe she was under the influence of drugs or alcohol when she rear ended a gray sedan traveling west on Chapman Avenue.

The gray sedan was pushed into the intersection and caught fire, killing the male driver. His identity has not been released pending notification of next of kin.

De Rosas, who was traveling in a black sedan, remained at the scene. A third car was sideswiped during the crash. The driver of the third vehicle was transported to a local hospital with minor injuries but has since been released.

All lanes of Chapman Avenue were closed between the 55 Freeway and Malena Drive until about 3 a.m. Friday following the crash.

The investigation into the deadly collision was ongoing. Anyone with information on this crash was asked to contact the Orange Police Department at (714) 744-7444. 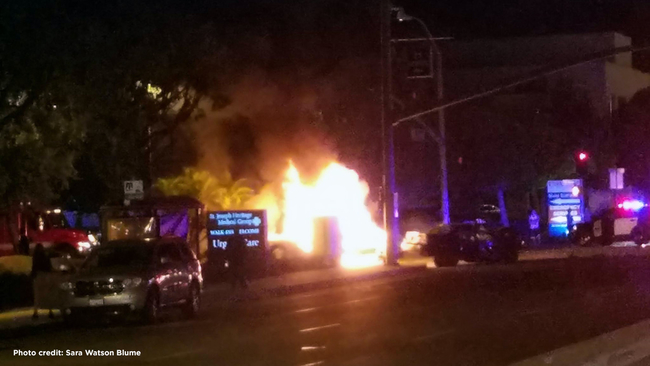