Chris Brown arrested for assault with a deadly weapon, released on $250K bail

KABC
By Marc Cota-Robles and ABC7.com staff
TARZANA, LOS ANGELES (KABC) -- Police announced that Chris Brown was arrested for assault with a deadly weapon after an all-day investigation at his Tarzana home.

The singer was released hours later on $250,000 bail, according to online records.

A search warrant was served at Brown's house on Citrus Ridge Drive Tuesday afternoon after the Los Angeles Police Department said it received a 911 call from a woman requesting help.

The woman who called police later gave an interview to ABC News detailing how she feared for her life when, she says, Brown pulled a gun on her.

"He took the gun out like this, put it in my face and said get the F out," model Baylee Curran said.

Authorities said the woman called from the 5000 block of Corbin Avenue in Tarzana at about 3 a.m. While detectives attempted to make contact with Brown inside the residence, the singer spoke out on social media, posting three videos to his Instagram page.

"I'm asleep half the (expletive) night, I just wake up, all the mother (expletive) helicopter copters is around, police out there at the gate," Brown said. "I'm way too tired to be dealing with this (expletive)."

"Good luck, when you get the warrant or whatever you need to do, you're going to walk right up in here and you're going to see nothing you idiots," Brown continued in another video.

At about 2:30 p.m., Brown was seen speaking with officers outside the home. Then at about 5 p.m., an LAPD officer announced that Brown was being transported to be booked for assault with a deadly weapon.

Police explained that a lot of resources were brought in because of Brown's high-profile nature.

The singer's attorney, Mark Geragos, took to social media after Brown was released from custody.

"Thanks to everyone for their support and well wishes," Geragos tweeted. "Chris is out and well. The allegations against him are demonstrably false #TeamBreezy."

Brown has had repeated legal troubles since he was convicted of assaulting his then-girlfriend Rihanna back in 2009.

He was charged with misdemeanor assault for striking a man outside a Washington hotel in 2013. A judge ordered Brown to enter rehab, but he was later dismissed from the facility for violating its rules.

Brown then spent two and a half months in custody being shuttled between L.A. and Washington for court hearings by U.S. Marshals.

After the several mishaps, Brown completed his probation period in the Rihanna-assault case in 2015.

Las Vegas police investigated allegations from a woman that Brown hit her and took her cellphone in January. Investigators said they did not find evidence to file charges against Brown. 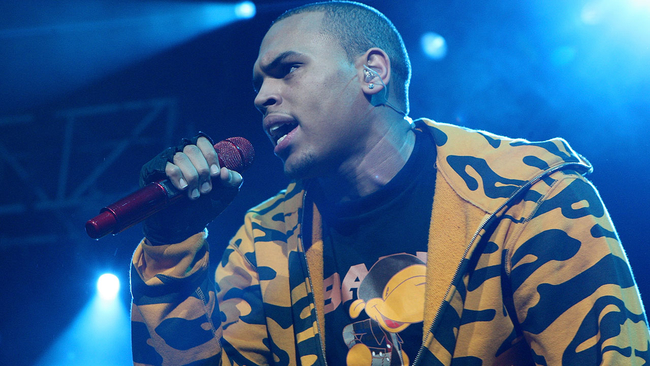 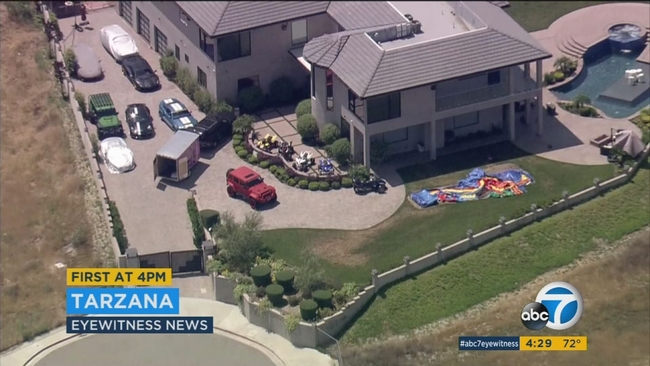