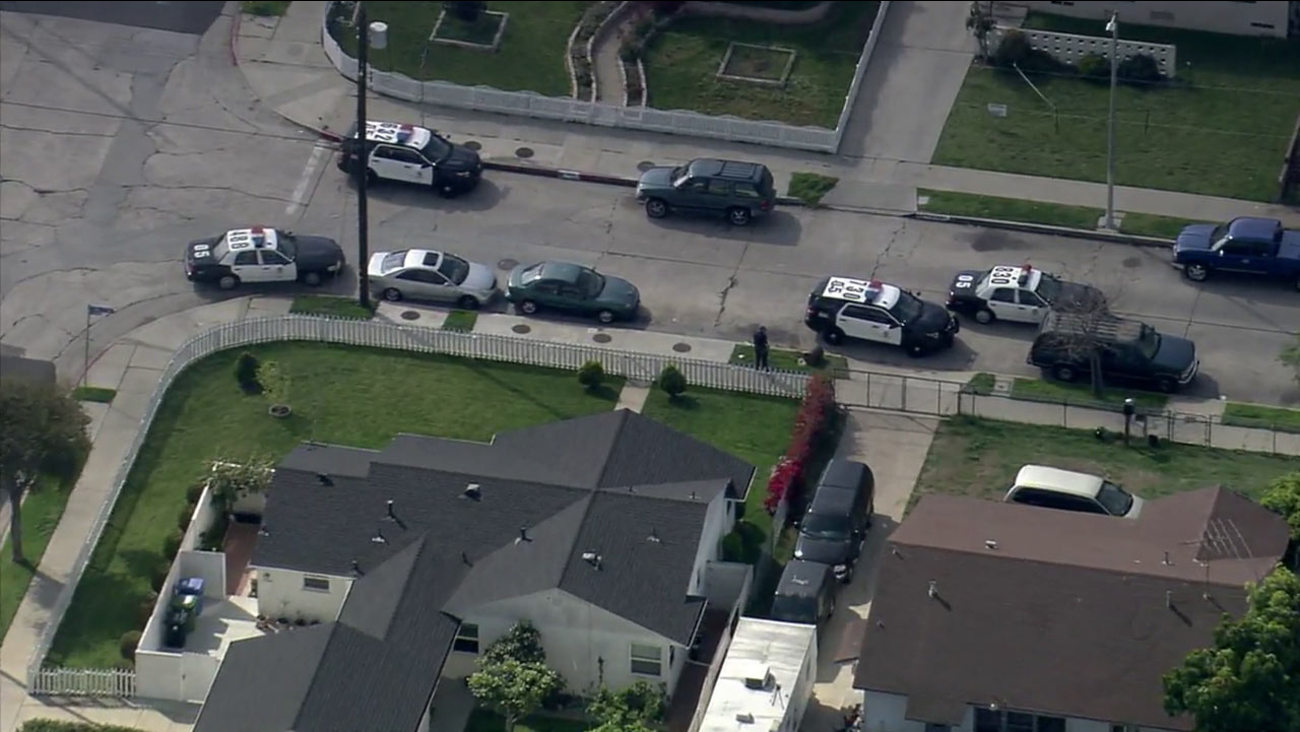 Law enforcement vehicles are parked near the scene of a home invasion in the 1500 block of W. 218th Street in the Harbor Gateway area on Friday, March 18, 2016. (KABC)

HARBOR GATEWAY, LOS ANGELES (KABC) -- A woman struck in the head and transported to a local hospital following a home invasion in the Harbor Gateway area on Friday, Los Angeles police said.

Investigators said they received a call about shots fired in the 1500 block of W. 218th Street shortly before 10 a.m. The caller reported hearing gunshots, people yelling and a possible vehicle fleeing the scene.

However, police said no shots were fired. Instead, the woman was injured after being struck in the head, officials said.

The victim, only described as a female, was transported to an area hospital in unknown condition.

The circumstances surrounding the home invasion were not immediately known. The incident was under investigation.