Woman killed by train in Glendale 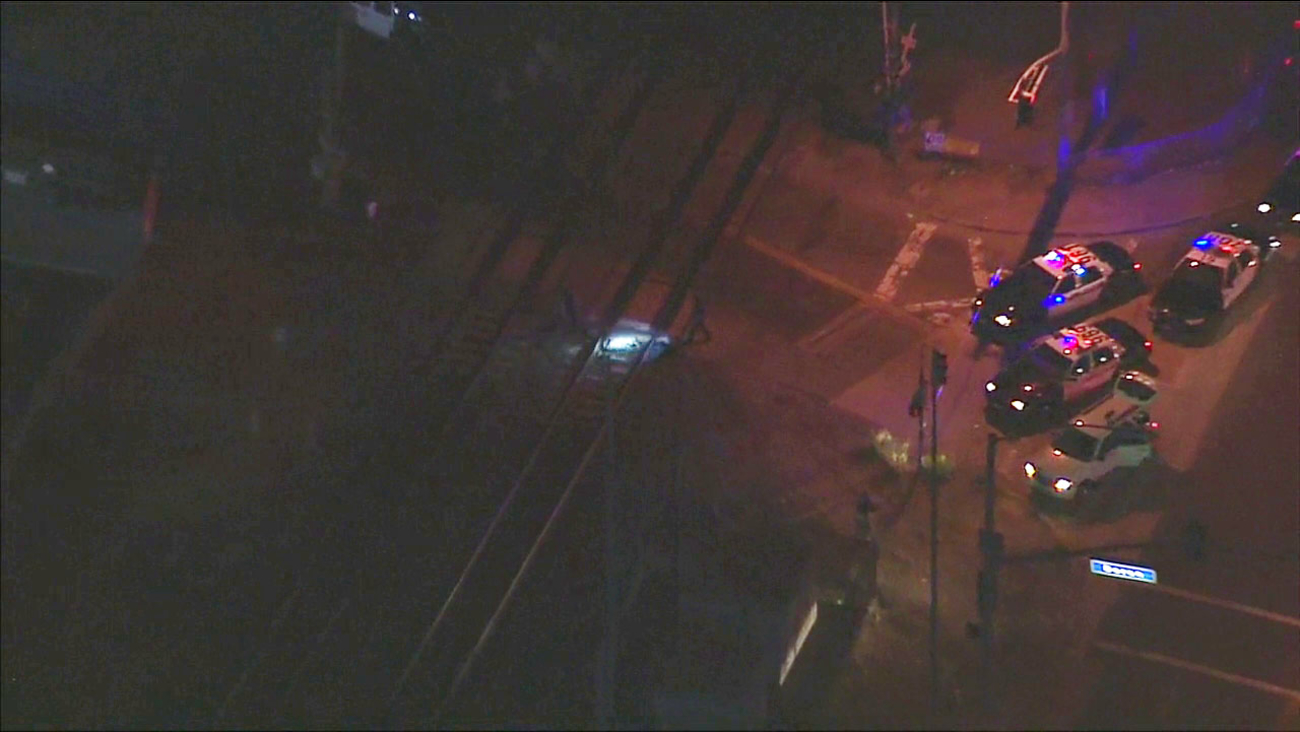 Investigators examine the scene where a woman was struck and killed by a Metrolink train in Glendale on Monday, Aug. 8, 2016.

GLENDALE (KABC) -- A woman was killed when she was struck by a Metrolink train in Glendale Monday night, officials said.

The woman, believed to be in her late 40s or early 50s, was struck just before 8 p.m. at the tracks near San Fernando Road and Doran Street.

Some witnesses told police it appeared the woman purposely stepped in front of the train.

Investigators are at the scene and are looking for video surveillance footage.

About 200 passengers were on board the Antelope Valley line 225 train, which was traveling from Los Angeles to Lancaster. No other injuries were reported. One other train on the same route was also being delayed as the accident was investigated.
Related topics:
glendalelos angeles countytrain accidenttrains
Copyright © 2021 KABC-TV. All Rights Reserved.
More Videos
From CNN Newsource affiliates
TOP STORIES