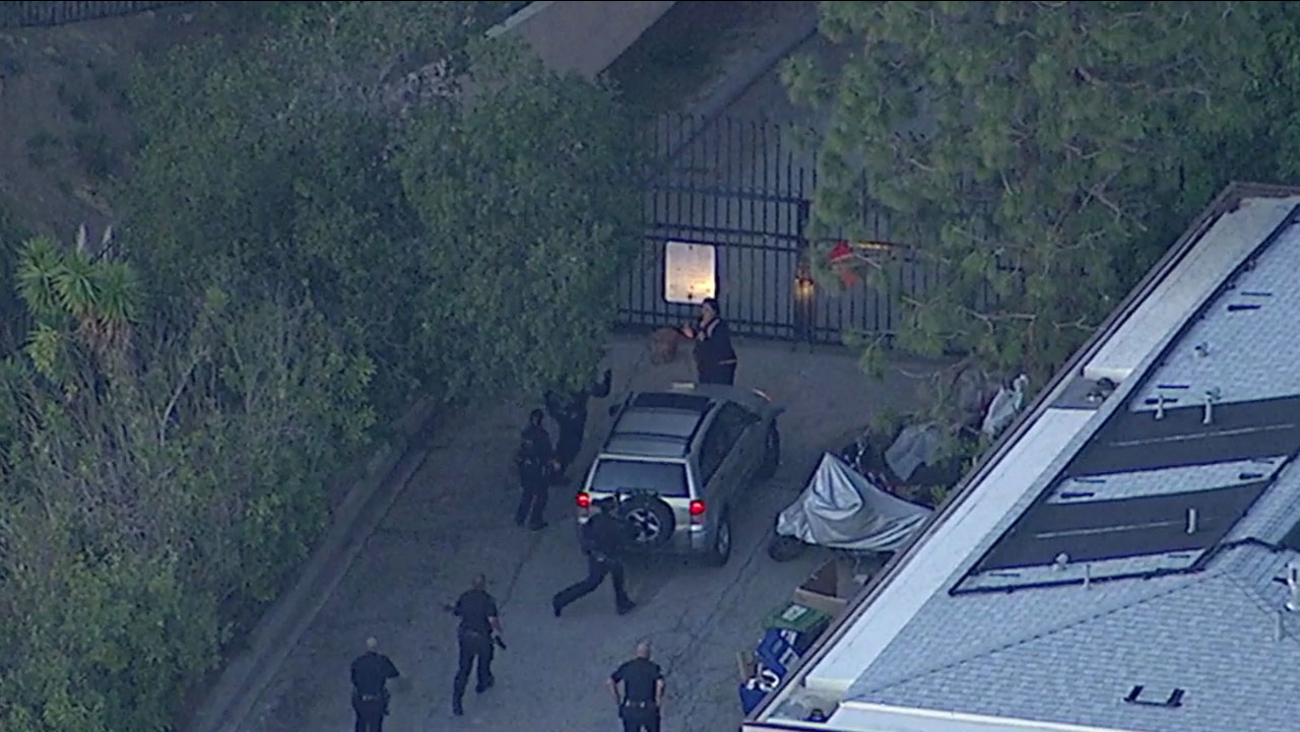 Police rush toward a woman after she was in a short standoff with them in a Pacific Palisades neighborhood on Thursday, March 9, 2017. (KABC)

PACIFIC PALISADES, LOS ANGELES (KABC) -- A woman was taken into custody and later released in a Pacific Palisades cul-de-sac after a bizarre standoff with Los Angeles police.

The incident started around 5:30 p.m. when authorities began following her. At one point, in Las Canoas Road, she failed to yield and then rammed a patrol car with her vehicle.

Authorities tried putting spike strips onto the road in case she tried to ram another car. The woman and police were at a standoff for a short time before she drove to the end of the road and stopped at a gate.

The woman eventually got out of the car, attempting to open the gate, and officers swarmed her and took her into custody.

It was unclear why police were initially following the woman.

Authorities later released the woman because she was deemed to have mental issues. She was taken to a hospital for an evaluation.