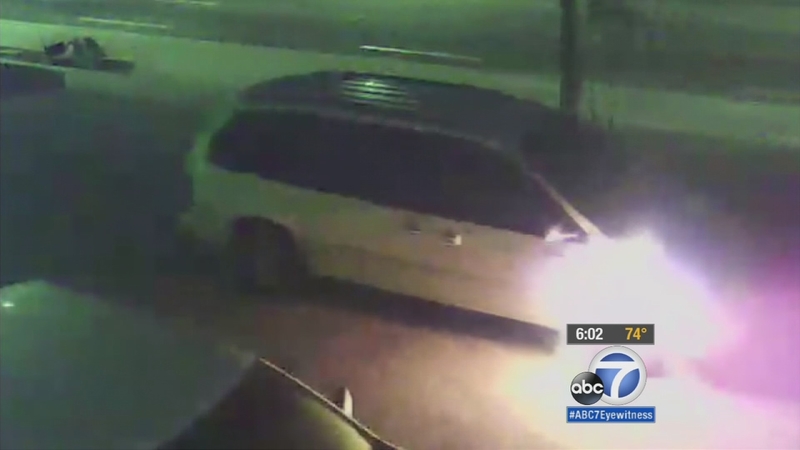 SOUTH LOS ANGELES (KABC) -- Felicia McDaniel said her security camera captured her former neighbor walking up to her minivan, pouring lighter fluid on it and trying to set it on fire.

McDaniel said it happened Tuesday morning, with the first attempt at 12:30 a.m. Then her neighbor came back four hours later to try again.

But the second time, she ran out and yelled at her former neighbor to get away from her car.

According to McDaniel, she and the neighbor were once friendly, but had a falling out when McDaniel complained to the landlord about her neighbor having too many people stay at her place.

The first confrontation between the two landed McDaniel in jail, but she was never charged with anything.

"She's in the wrong, you know what I mean, as far as the whole fight and everything. I'm 44. I've never been in handcuffs. I went to jail. My kids had to see all of that," McDaniel said.

She has since filed a police report, but was told the fire department was handling the investigation. In the meantime, she is worried the neighbor, who has since moved out, may try to harm her and her family.