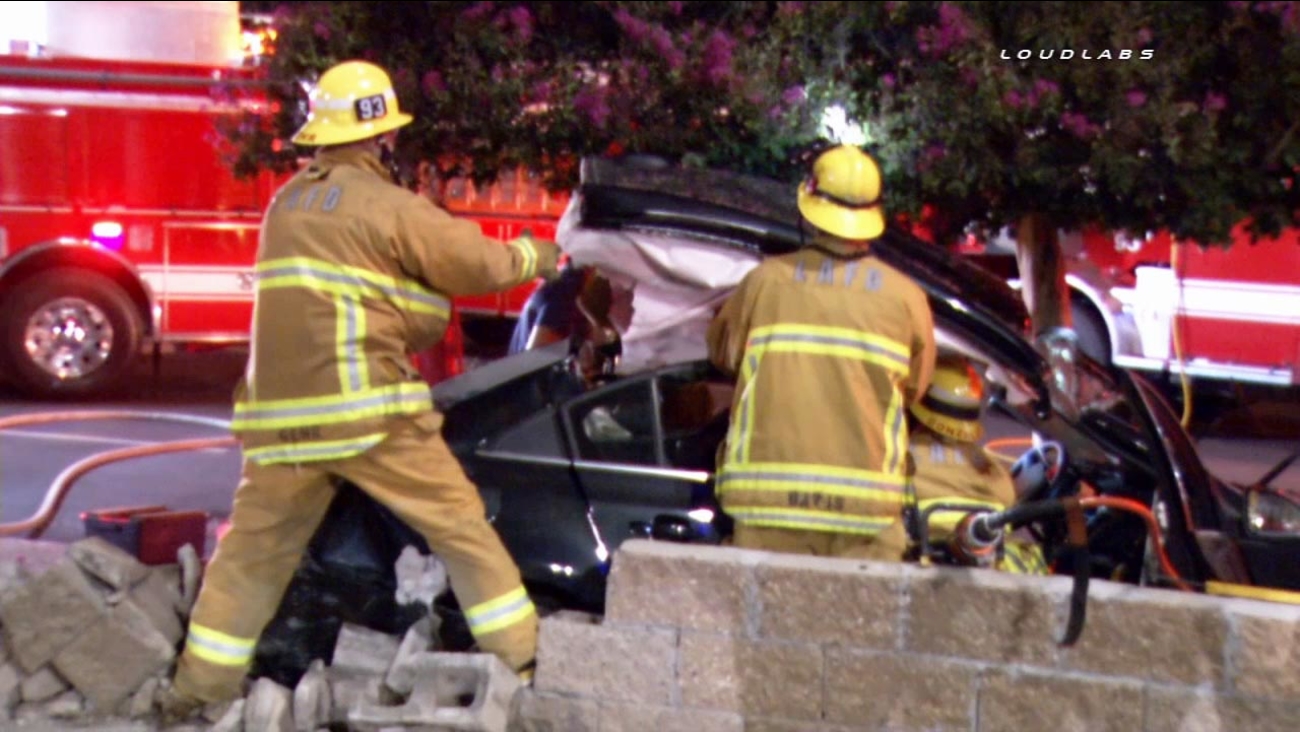 Emergency crews work to help a woman trapped in her car following a crash in Encino on Sunday, Sept. 20, 2015. (LOUDLABS)

ENCINO, LOS ANGELES (KABC) -- A driver was arrested on suspicion of driving drunk in Encino Sunday after crashing his truck into a car, trapping a female driver inside and causing her serious injuries.

The violent collision occurred around 1:30 a.m. at Ventura Boulevard and Yarmouth Avenue.

Police say the male driver of a Nissan Frontier crashed into the female driver, pushing her Toyota Camry onto the sidewalk.

The woman's car slammed into a wall, and fire crews had to use the Jaws of Life to get her out of the vehicle.

The victim, described as a 27-year-old woman, was immediately rushed to the hospital with severe injuries. Police said she suffered bleeding inside the brain.

The driver of the truck, described as a 32-year-old male, was arrested on suspicion of driving under the influence. The crash was under investigation.
Related topics:
encinolos angelescar crasharrestdui crash
Copyright © 2020 KABC-TV. All Rights Reserved.
More Videos
From CNN Newsource affiliates
TOP STORIES