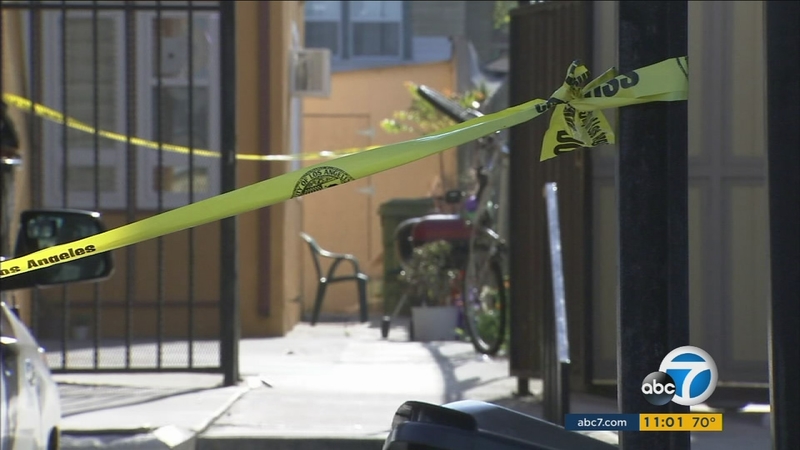 LOS ANGELES (KABC) -- A woman was shot and killed following a domestic dispute in a Los Angeles apartment on Tuesday, police said.

Police received a call about shots fired from the 500 block of Virgil Avenue around 6 a.m.

When officers arrived on scene, residents pointed them to a second-story unit, where they believe the shooting happened.

Some of the residents were taken to LAPD's Rampart Station to be interviewed.

Investigators said the shooting involved a boyfriend and a girlfriend who did not reside in the apartments. They were just visiting, authorities said.

A search was underway for a person of interest.