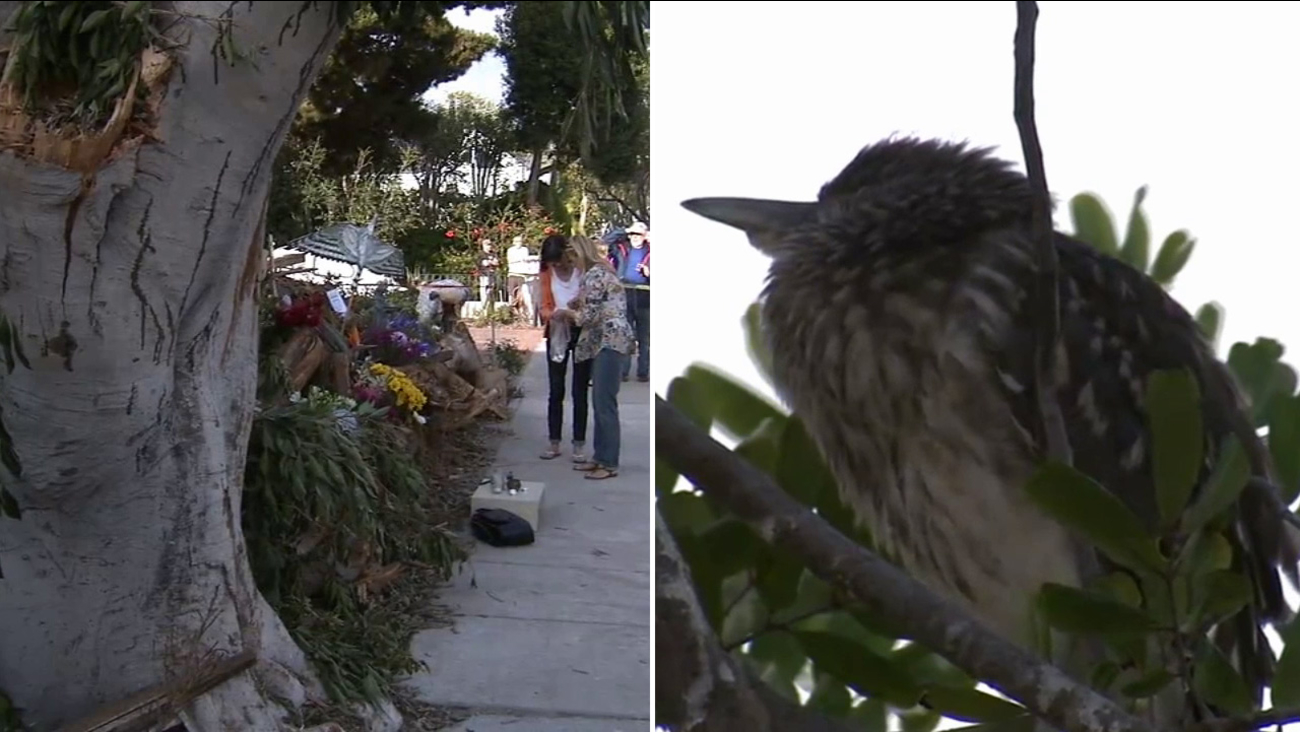 A makeshift memorial is seen in the 1500 block of East Balboa Boulevard in Newport Beach Sunday, May 31, 2015.

NEWPORT BEACH, Calif. (KABC) -- Residents say an engineering service company cut down a tree full of birds in a Newport Beach neighborhood on Thursday, despite their protests.

The migratory birds were nesting in a large tree in the 1500 block of East Balboa Boulevard. When workers tore it down, the chicks and eggs were knocked down to the ground, witnesses said.

"The way they went about it was just awful, and to see the birds falling, and then the saddest part was like the mom and dad bird came back and were circling and they couldn't figure out where their babies were, where their home was and like it was just sad to see them," Hannah Wright said.

In a statement, the company, Tim Greenleaf Engineering, told Eyewitness News they were not aware of any environmental restrictions on the project. If so, they would have adhered to them.

"We don't go around looking for nests to destroy. This is not something we've encountered before and we'd like to do what we can to make things right," said owner Dan Broom.

The Migratory Bird Treaty Act, which was implemented in 1918, prohibits the hunting, killing, capturing, possession, sale, transportation and exportation of birds, feathers, eggs and nests.