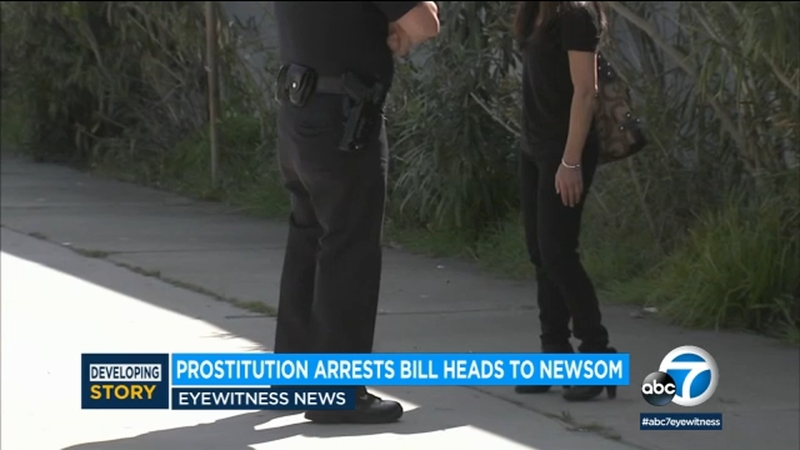 Bill to decriminalize loitering for prostitution goes to Newsom's desk

SAN FRANCISCO -- A controversial proposal by California Gov. Gavin Newsom to prod more homeless people into mental health treatment is making its way through the Legislature, despite deep misgivings from lawmakers struggling to address a problem that reaches every corner of the state.

Legislators are worried that there isn't enough guaranteed staffing or housing for the program to succeed while forcing vulnerable individuals into court-ordered services against their will. Even so, the bill unanimously cleared the Senate last month, and passed out of the Assembly judiciary committee Tuesday, one of several stops before being voted on by the full chamber.

But the proposal also received its first no vote and members frustrated by the status quo emphasized how critical that all pieces - housing, services, trained staff, heartfelt support - be in place for the program to work.

"I know that we all agree that the current system is broken and failing. You can walk outside of this building and go a few blocks ... and see those failures every single day," said Assemblymember Matt Haney, a Democrat who lives in San Francisco's Tenderloin district, where open drug use and homeless people experiencing severe mental health breakdowns are common sights.

"We are in desperate need of a paradigm shift," he said at Tuesday's judiciary hearing.

Newsom, a Democrat and former mayor of San Francisco, has made homelessness a priority of his administration, dedicating billions of dollars to convert motels into housing and pitching in to clear encampments. He proposed spending $2 billion this year to create more treatment beds and in March, he proposed setting up special mental health courts in every county to link services to homeless individuals with schizophrenia or other psychotic disorders.

Anyone who serves alcohol in California will have to undergo new training to keep track and cut off customers who are too drunk.

Nearly a quarter of California's estimated 161,000 unhoused residents have a severe mental illness. They pinball among jails, emergency rooms, temporary psychiatric holds and the streets until they're arrested for a minor crime and brought before a judge who can order them into a long-term treatment plan.

Newsom said his proposal allows family members, emergency dispatchers and others to refer the person for help, and preferably before the person commits a crime. He has said it's not compassionate to let distressed people deteriorate on the streets.

"CARE Court is about meeting people where they are and acting with compassion to support the thousands of Californians living on our streets that are hardest to reach, but who need our help the most," he said in a statement applauding the bill's advancement.

Newsom has said the goal is for the person to voluntarily accept services, but the legislation could result in forced treatment, which alarms civil liberties advocates. It does not guarantee housing or provide dedicated funding, and comes at a time when psychologists and other behavioral health specialists are in high demand. Critics of the legislation also say that forced treatment will fail.

"In no way should there be a forced situation where you're shoving needles into people or forcing them to take medication, that's where you get into people who resent it and regret it and they go down a spiral of self-medication or any other number of issues," said Eric Harris, public policy director at Disability Rights California, which opposes the bill.

Assemblymember Ash Kalra, a Democrat from San Jose, voted against the proposal on Tuesday, agreeing with critics who say judicial courts are a scary place for unhoused people and that more money should go to the organizations already doing the hard, intensive and slow-moving work of convincing people to seek services.

A legislative analysis provided to the Judiciary committee raised serious concerns with the proposal.

It strongly recommended that people not be ordered into the court program until housing and services are guaranteed and that counties not implement the program until the infrastructure is in place. Counties should not be sanctioned or fined by the state until it has resources in place and funding for voluntary, community-based programs should not be reduced to support the new program, according to the analysis.