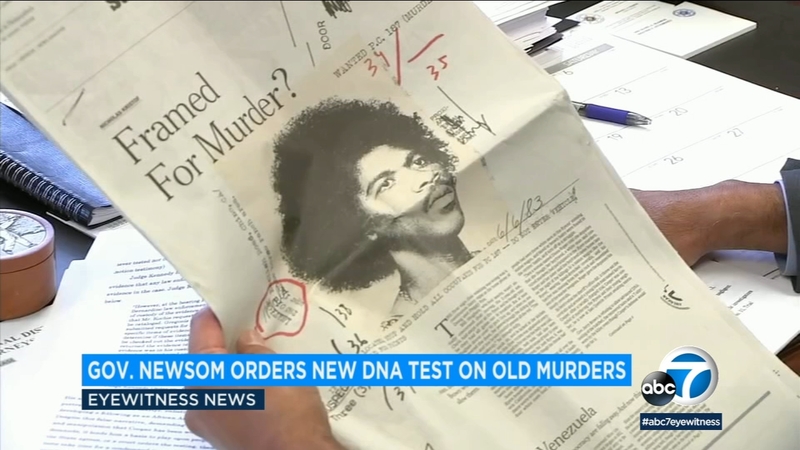 SACRAMENTO, Calif. (KABC) -- Gov. Gavin Newsom issued an executive order directing new DNA tests for an inmate on death row who has been in prison for nearly 40 years.

Kevin Cooper, 61, was convicted of killing a Chino Hills family, including a 10-year-old daughter and an 11-year-old neighbor in 1983.

Former Gov. Jerry Brown had previously ordered the testing of four pieces of evidence - a tan T-shirt, orange towel, a hatchet handle and sheath - that condemned Cooper. Brown said the new testing will prove Cooper was framed for the hatchet and knife killings.

The San Bernardino County District Attorney Jason Anderson said two previous tests already showed Cooper did commit the crime and that one of the surviving family members as well as other relatives were disappointed by Newsom's order.

Newsom, who said he is not picking a side on the issue, ordered the testing of hair samples collected from the victims' hands and the crime scene, as well as two blood samples and a green button that investigators said linked Cooper to the crime, but Cooper's attorney said was planted.

The goal is to see whose DNA is on the items, Newsom said. He noted, however, that multiple DNA from unknown contributors may have contaminated the evidence, given the age of the case and that items have been routinely handled by investigators and others.

Supporters of Cooper said that evidence indicates there were multiple killers who are white or Hispanic.