Odell's the one to watch as Rams face Cleveland Browns Sunday 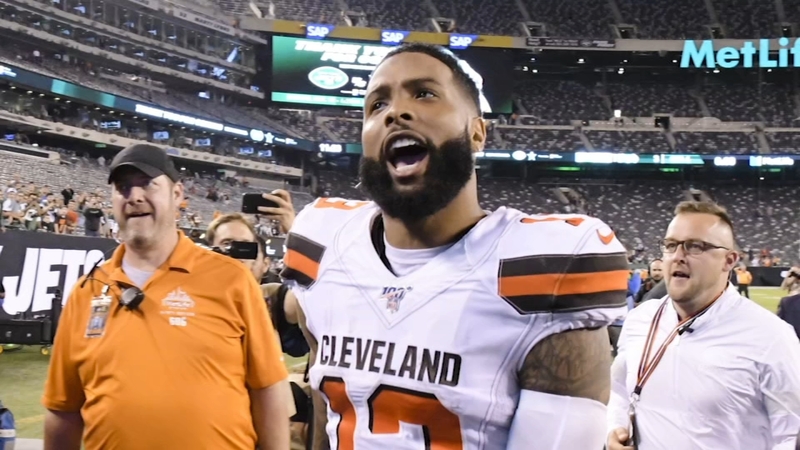 Odell's the one to watch as Rams head to Cleveland Sunday

THOUSAND OAKS, Calif. (KABC) -- He made national headlines for wearing a watch during a game.

But as the Rams head to Cleveland Sunday night, Browns wide receiver Odell Beckham Jr. is the one to watch.

Slowing down Beckham and quarterback Baker Mayfield will fall on the hands of a very confident Rams defense.

"Any DB (defensive back) coach, and cornerback would say - next play, bro," he said.

Rams linebacker John Johnson added, "If we can get Baker off his spot and disrupt that throw, then he can't make those catches."

When McVay arrived three years-ago, he inherited quarterback Jared Goff, a former No. 1 pick in the draft.

Now if you look at Cleveland, they appear to be following the same blueprint with a new coach and Mayfield.

"He's a resilient competitor that has a never-die attitude," McVay said.

For every touchdown pass he makes this year, Goff has agreed to donate $1,000 to his favorite charity - California Strong.

The charity, launched in 2018, helps victims of the Borderline Bar and Grill mass shooting and the devastating wildfires that swept through the state. It has raised more nearly $2.2 million for more than 650 families.

"I need to throw a few more touchdowns and get my numbers up to donate that money," Goff said.