Nicki Minaj father killed: Arrest made in death of rapper's father in hit-and-run

Charles Polevich, 70, of Guam, who also lives in Mineola on Long Island, was charged with leaving the scene of an accident with a fatality and tampering with evidence.

He does not have a criminal history or "any driving license history."
EMBED More News Videos

Charles Polevich, 70, of Guam, who also lives in Mineola, will be charged with leaving the scene of an accident with a fatality and tampering with evidence.

The victim, 64-year-old Robert Maraj, was struck by a 1992 Volvo as he walked in the northbound roadway of Roslyn Road Friday night around 6:15 p.m.

There was a "significant amount of snow" where Maraj was walking in the road, authorities said.

Polevich, who was driving north, stopped following the crash.

He allegedly fled "once he saw he injured this person," Nassau police Lt. Stephen Fitzpatrick said. "He was absolutely aware of what happened. He got out of the car; he looked at the deceased, got into his car, and made conscious decision to leave."

"We were able to track that vehicle prior to the accident as well as after the accident, and we kind of tracked it right to his house," Fitzpatrick said.

He "took his car and did things to secrete his car from being found by police," keeping it in his garage and covering it up.

Fitzpatrick said Polevich hadn't had the opportunity to make repairs yet.

"We believe he was walking towards his house or a local area store," Fitzpatrick said of Maraj. "We are in constant talk with the family."

Minaj, 38, was born Onika Tanya Maraj in Trinidad and was raised in the New York City borough of Queens.

Bail was set for Polevich at $250,000 bond, $125,000cash, or $1.25 million partially secured bond. He had to surrender his passport and travel is restricted to New York state. His license was also suspended. Polevich is due back in court on Friday, February 19.
Report a correction or typo
Related topics:
new yorkhit and runcelebritypedestrian struckpedestrian killedu.s. & worldman killedfamous deathhit and run accident
Copyright © 2021 WABC-TV. All Rights Reserved.
HIT AND RUN 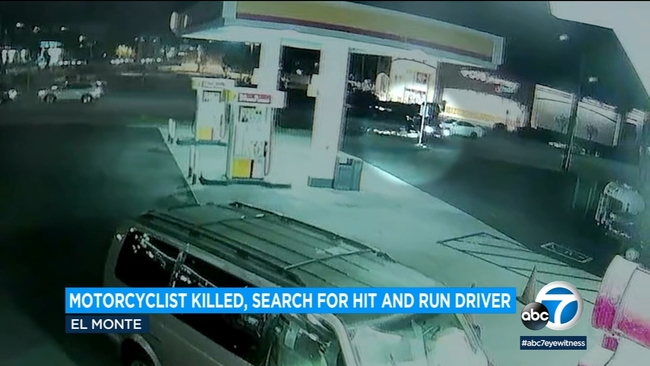