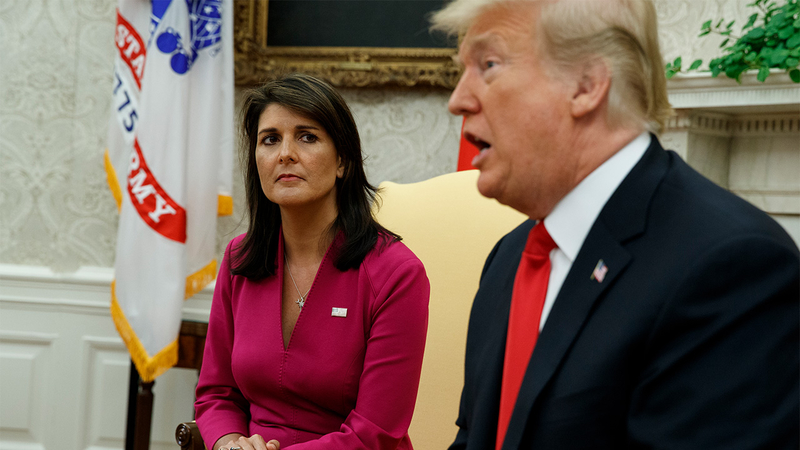 Nikki Haley breaks from Trump: 'He let us down'

WASHINGTON -- Nikki Haley, the former ambassador to the United Nations under Donald Trump's administration, said the former president "has let us down," her first public break from him since the violent siege of the U.S. Capitol on Jan. 6.

Haley, who is also widely considered a leading contender for the 2024 Republican presidential nomination, made her decisive comments to Politico's Tim Alberta in a Jan. 12 interview that was published Friday.

Haley had condemned the attack on the Capitol as the events unfolded but had not pinned the events to Trump, even derided Twitter for banning his social media account.