Lauren London honors fiancé Nipsey Hussle: 'I'm so honored and blessed that I got to experience such a man' 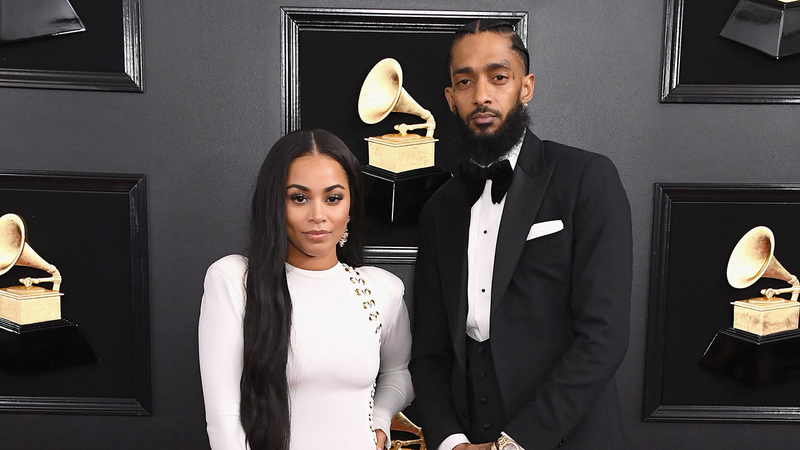 London opened her emotional eulogy at the Staples Center by recounting a January text message she penned for Hussle, whose real name was Ermias Asghedom, as he slept.

"Ermias, I want you to know that I feel real joy in my heart when I'm around you. I feel safe around you, protected like a shield over me when you're around. I'm totally myself when I'm with you," the message read in part. "My truth is this: I'm never going to give up on you. My love and my devotion are to you."

She said Hussle believed "you can't possess people...you experience them."

"I'm so honored and blessed that I got to experience such a man," London said.

She addressed fellow Angelinos to acknowledge the pain that has gripped the community since Hussle's murder: "What's in you they can't take away, and he's in all of us."

Looking up and speaking directly to Hussle, she said, "I love you with all this earth, and until we meet again, the marathon continues."

The crowd roared in applause.

The 33-year-old Grammy-nominated rapper was an Eritrean-American father of two. He was a beloved figure for his philanthropic work that went well beyond the usual celebrity "giving back" ethos. Following his death, political and community leaders were as quick and effusive in their praise as his fellow hip-hop artists.

Hussle was shot to death March 31 while standing outside The Marathon, his South Los Angeles clothing store, not far from where the rapper grew up. The store will be one of the places where Hussle's casket passes during the procession through South Los Angeles.

Former President Barack Obama remembered Nipsey Hussle as an "an example for young people to follow" and recognized his legacy of service during Thursday's memorial honoring the slain rapper.