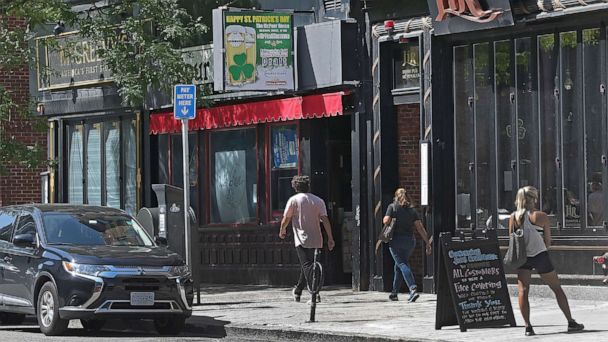 As Saint Patrick's Day approaches, Boston's mayor is urging residents to avoid large gatherings, warning that they could become super-spreader events that would set back progress made in the fight against COVID-19.

"There should be no large gatherings of any kind for Saint Patrick's Day," Mayor Marty Walsh said at a news conference Monday. "We are so close to a finish line here that what we don't need now is a step backwards."


"We're trying to open more businesses, we're trying to get fans in the stands at Fenway and the Garden," Walsh said, referring to the homes of the Red Sox, Bruins and Celtics.

He went on, "But events like Saint Patrick's Day ... can throw us back. They can become super-spreader events and we can be in the situation where we're shutting everything down again."

The mayor said private gatherings are limited to 10 people indoors and 25 people outdoors.

Spacing requirements and time limits will still be enforced at restaurants, and there will be no alcohol service without food, Walsh said.


Lines outside restaurants are also prohibited, he said.

Last March, just as the U.S. was shutting down, there were lines of bar-goers outside Boston restaurants during Saint Patrick's Day celebrations, Walsh said, and restaurants took it upon themselves to shut down and lose business -- which the mayor said he doesn't want to happen this year.

"Hopefully a year from now, Saint Patrick's Day, there will be no real rules or regulations in place and we'll be able to have the fun and the celebration we all want to have," he said.
Report a correction or typo
Related topics:
abc newsnational
Copyright © 2021 ABC News Internet Ventures.
More Videos
From CNN Newsource affiliates
TOP STORIES