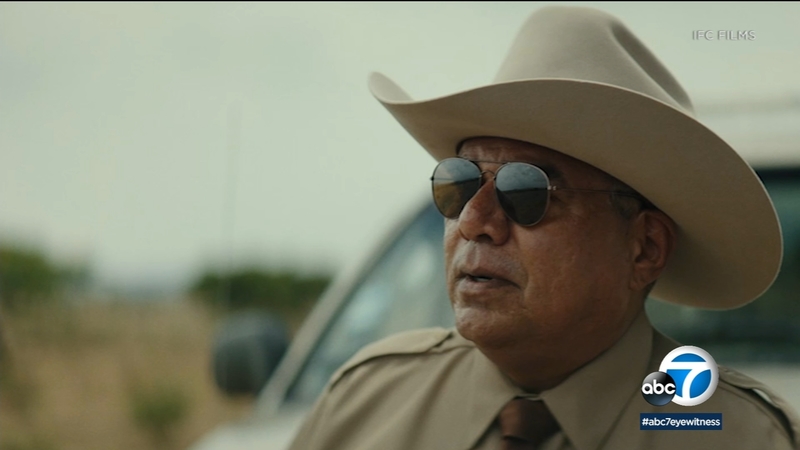 'No Man's Land' a tale of drama along Mexico border

George Lopez is back on the big screen and he's wearing a badge. He plays a Texas ranger in the drama, "No Man's Land."

It's a big picture story involving immigration, centered on a border crossing turned deadly and the unbearable pain it causes for everyone involved. The film is set in an area between the Rio Grande and the border walls and fences that separate Mexico from the U.S.

One night, an illegal crossing on a Texas family's ranch in that vicinity results in chaos - and the fatal shooting of a Mexican boy. The young shooter flees to Mexico for what becomes a life-changing journey.

"I think what we were really trying to say is that there is no easy answer to what's happening at the border. And the sooner we all just recognize that, the sooner we can actually try and fix it," said actor Jake Allyn.

"I grew up in a very tough environment and I saw a lot of what 'No Man's Land' is about, personally," said Lopez.

"People need to understand what this is. It's not people sneaking into a country. They're not stealing anything," said actor Frank Grillo.

Allyn not only stars in the film, he's also the co-writer. His brother Conor is the director.

"Me and my brother worked on this movie for about seven years together. We grew up making movies. Our production company is called Margate House Films because we grew up on Margate Road making home movies. And we just figured, 'Why stop?' Maybe if somebody will pay us to do it, we can make them for bigger budgets and get to work with some awesome actors like this," said Allyn.

Jake sent his script to both Lopez and Grillo, attaching personal letters, telling them about the characters he hoped they would play.

"You know, when you do something like this, it's not about the money. It's about the love of these guys and the cast and the piece," said Grillo.

"If somebody is passionate about a project and they send you a letter telling them why they would like you to be in this film and what the film means to them - that goes a long way," said Lopez.