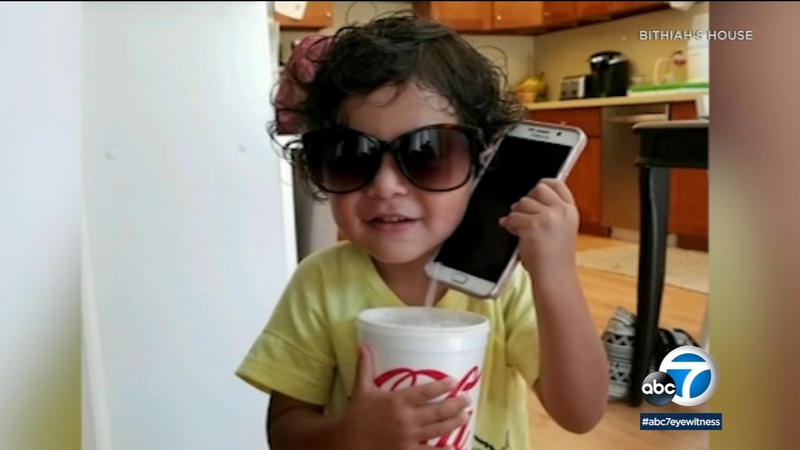 LOS ANGELES (KABC) -- Noah Cuatro, the 4-year-old Palmdale boy whose death is under investigation, was ordered removed from his home in May, but allowed to stay by the county's social services agency, Eyewitness News has learned.

A judge in Dependency Court ordered Noah's removal from his home in May. But a source tells Eyewitness News that a supervisor at the county Department of Children and Family Services allowed him to remain in the home.

Noah was initially reported to have drowned at a community pool on July 5. But investigators say he had trauma to his body that was inconsistent with drowning. No arrests have been made in the case.

Noah had a history with the Department of Children and Family Services, including placement into foster homes.
EMBED More News Videos

A woman who runs a foster-care treatment center where Noah stayed temporarily told Eyewitness News he showed up malnourished and unable to walk. By the time he left the center, he was healthy and a "joyful" thriving little boy.

After he left the center, he went to another foster family and at some time returned to his biological parents' home.

Bithiah's House is a residential treatment center for infants and toddlers in the foster care system who may need a higher level of medical care.

"He was such a joy," Thompson recalls. "He had this crazy wild brown hair and he was so joyful."

Thompson says Noah came to them when he was about 2 years old.

Thompson says he stayed with them for seven months and left after he learned how to walk and needed less medical care.

The Los Angeles County Sheriff's Department is investigating his death as suspicious.

Investigators say there were previous reports to DCFS concerning the welfare of Baby Noah. Sheriff's department officials say they can't go into detail just yet because they are still gathering facts.

DCFS says it's unable to confirm or comment on whether a child or family has been involved with the agency due to confidentiality rules.

"We join with the community in expressing our deep sadness over the tragic death of this child," DCFS director Bobby D. Cagle said in a prepared statement.

The sheriff's department says it has interviewed Noah's parents, and so far they are not in custody, they have not been charged.

Back in 2014, Noah's mother Ursula Gomez was accused of fracturing her 10-month-old half-sister's skull. Prosecutors declined to file charges at that time due to insufficient evidence.

Detectives say three other children under age 18 who were in the home are now in protective custody.

DCFS has been involved in several other prominent Antelope Valley cases in which children have died in recent years.

Among them were 8-year-old Palmdale boy Gabriel Fernandez who died in 2013 after suffering horrific abuse.