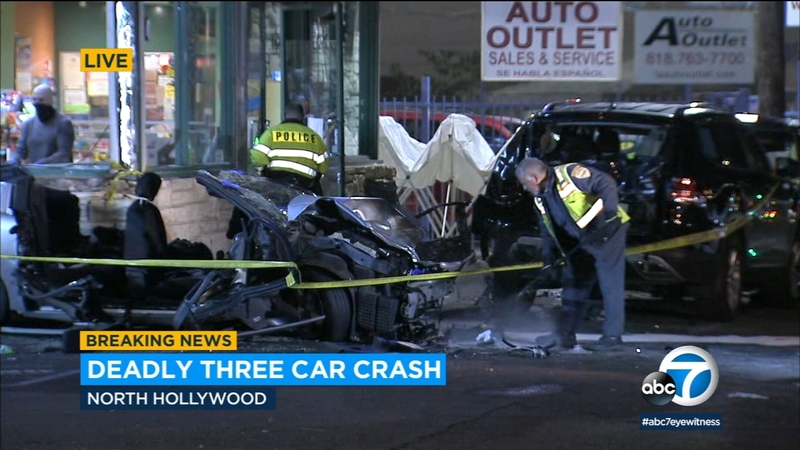 Three others were injured and had to be extricated from the mangled wreckage of their vehicle.

The crash happened Saturday just before 6:30 p.m. when a 2005 Saturn Ion was heading south on Vineland when the driver apparently lost control, crossed over into oncoming traffic lanes and hit a pedestrian and a parked car.

The pedestrian and one passenger in the Saturn were pronounced dead.

The pedestrian was a 36-year-old man who was standing in front of the Vineland Wine Cellar liquor store.

Two people who were inside the parked vehicle that was struck were also injured and treated at the scene.