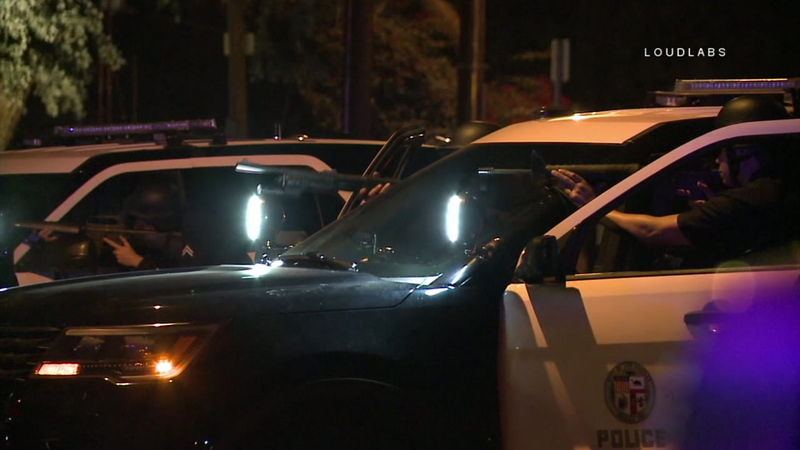 NORTH HOLLYWOOD (KABC) -- A gunman was taken into custody Saturday morning after a shooting and an hourslong standoff with a SWAT team at a duplex in North Hollywood, authorities said.

According to the Los Angeles Police Department, the incident began as an argument between two neighbors over a noise complaint and then quickly escalated.

"The neighbor that he's bothering goes next door and tells him to lower it," said LAPD Lt. Victor Arellano. "He comes out, punches him, batters him a few times, so he runs back into his house (and) calls us."

Officers responded about 1:30 a.m. to the 10800 block of Kling Street, where the residents involved have a history of disputes, the police said. One of the neighbors wanted police to arrest the other.

NoHo standoff is over, says Lt. Victor Arellano with the LAPD. Suspect is now in custody. @ABC7 pic.twitter.com/obEi2Og1eE

When officers knocked on the door of the resident's home, he fired a single round, authorities said. No one was injured by the gunfire.

Police immediately established a perimeter around the duplex and evacuated two nearby apartment buildings and several homes.

Officers deployed tear gas at the scene and the gunman surrendered without incident, the LAPD said. His name was not immediately released.