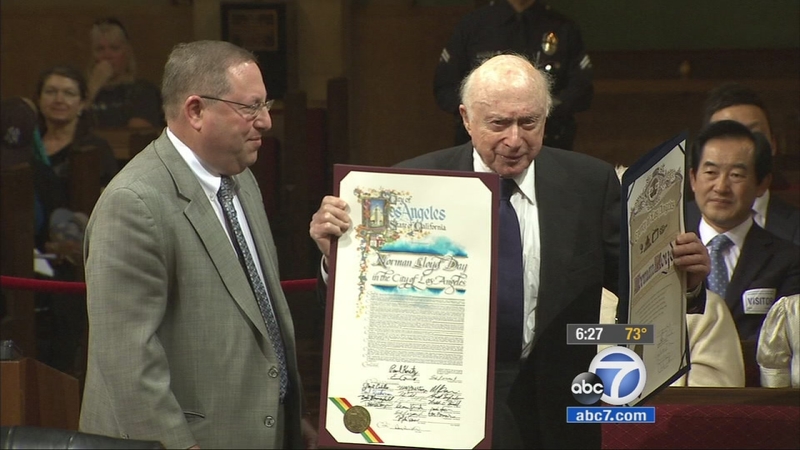 LOS ANGELES (KABC) -- Veteran actor Norman Lloyd was honored by the city of Los Angeles for his 82 years in show business. The actor turns 100 years old on Saturday, a day declared as Norman Lloyd Day by the City Council.

"If you start as an actor, you're always an actor," Lloyd said.

With more than eight decades of experience under his belt, Lloyd knows a thing or two about that.

Many people remember Lloyd for his role on the acclaimed 1980s medical drama, "St. Elsewhere," but he has also worked as a writer, a producer and a director.

"It's a matter of attitude -- of having a positive attitude. I really think it's all from the mind," he said.

He said there is no big secret about hitting the triple digit age.

As the City Council serenaded Lloyd with a slightly off-tune but heartfelt "Happy Birthday," he said he's already happy with his gift from the Motion Picture Academy. Lloyd said the Academy told him he doesn't have to pay dues anymore.