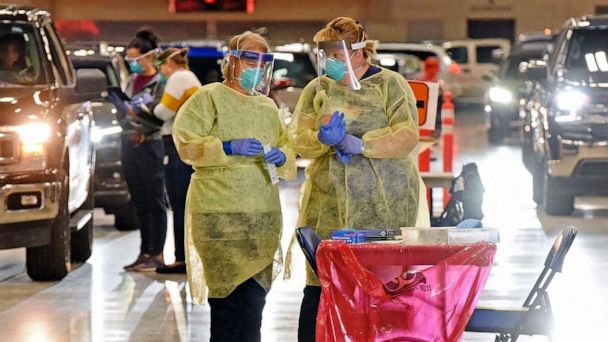 A North Dakota legislative candidate who died from COVID-19 will still be on the ballot this November.

David Andahl, 55, died Oct. 5, after a short battle with the virus, his family said in a statement the following day. The Bismarck native was one of four House candidates running for two seats in the state's 8th District.


This week, North Dakota Attorney General Wayne Stenehjem addressed how Andahl's recent death could affect the general election. Early voting for military and overseas voters began 46 days before the election and for other eligible voters 40 days prior, according to the attorney general. Early in-person voting begins in the state on Monday.

In an opinion released Tuesday, Stenehjem said that the court uses the "American" rule, "where votes cast for the deceased candidate should be counted."

"If a deceased candidate receives the majority of the votes, the candidate is elected," he said. "However, if the prevailing candidate has died, the candidate is no longer qualified and a vacancy will exist. State law provides the process to fill vacancies of a legislative office."

Indeed, the Secretary of State's website still lists Andahl on the ballot. If he wins, the state Republican Party will be allowed to appoint his replacement, the Star Tribune reported.

Andahl and fellow GOP newcomer Dave Nehring both were endorsed by the Republican Party and defeated incumbent Jeff Delzer and Bob Wheeler in a heated Republican primary in June.


Andahl was a rancher and land developer who also served on the Burleigh County Planning & Zoning Commission for 16 years. His funeral was Wednesday.

His death came during what is shaping up to be North Dakota's worst month so far battling coronavirus. The state has recorded record new cases, hospitalizations and deaths in recent days. Over the past week, it also had the most cases and deaths per capita in the country, according to The New York Times, as the Midwest battles outbreaks in several states.

His family said that Andahl was "very cautious" about the coronavirus "because he did have a few health challenges."

"We are heartbroken, and we ask that he be remembered not by how he died, but by how he lived," his family said. "David was a kind, caring man whose greatest joy was helping others."