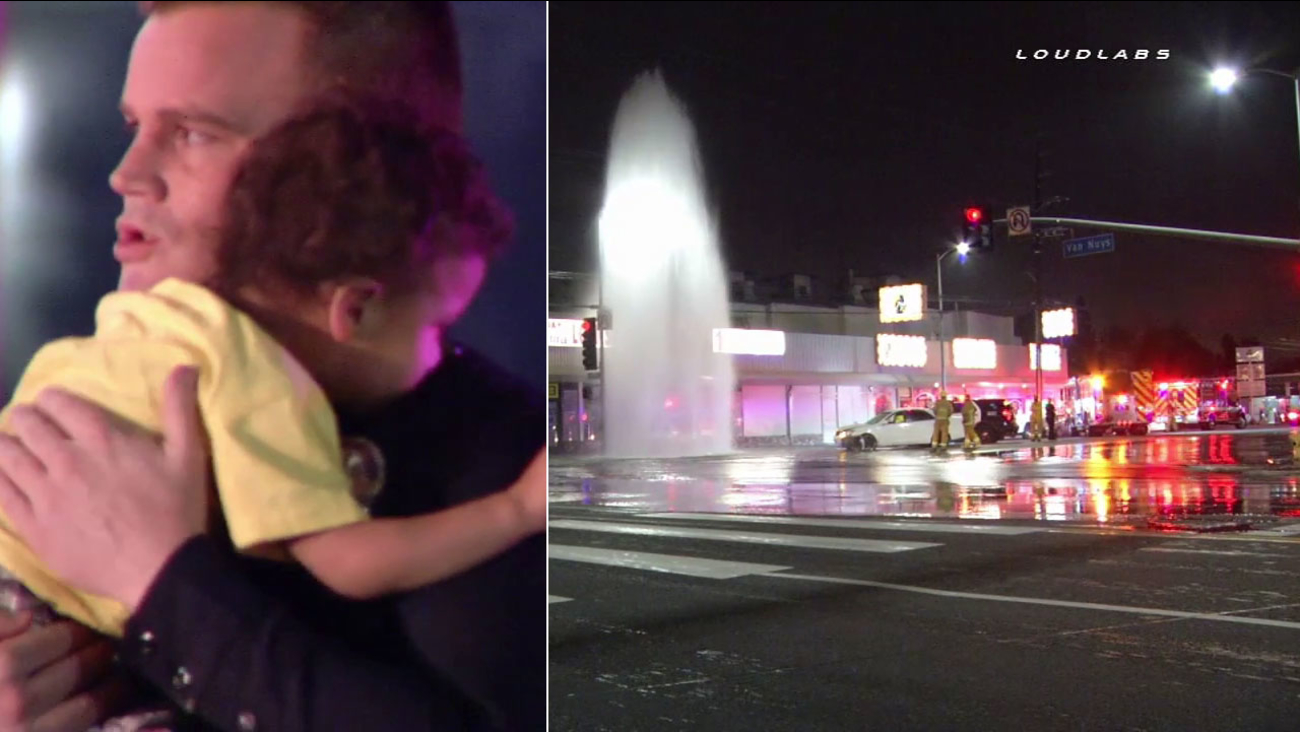 An officer holds a 2-year-old who was abandoned by their mother after she allegedly crashed into a fire hydrant in North Hills on Saturday, May 14, 2016. (KABC)

NORTH HILLS, LOS ANGELES (KABC) -- Authorities arrested a mother Saturday morning on suspicion of crashing her car into a North Hills fire hydrant, fleeing the scene and abandoning her 2-year-old child in the car.

Los Angeles police officers from the Valley Traffic Division responded to the intersection of Nordhoff Street and Van Nuys Boulevard around 1:30 a.m. on reports of a crash.

When they arrived, officers found water gushing into the air, covering a nearby business, and an abandoned car. Police then found the toddler inside the car uninjured.

The child was taken to the Department of Children and Family Services. Authorities ran the plates on the abandoned car, headed to the registered address and arrested the child's mother at her home.