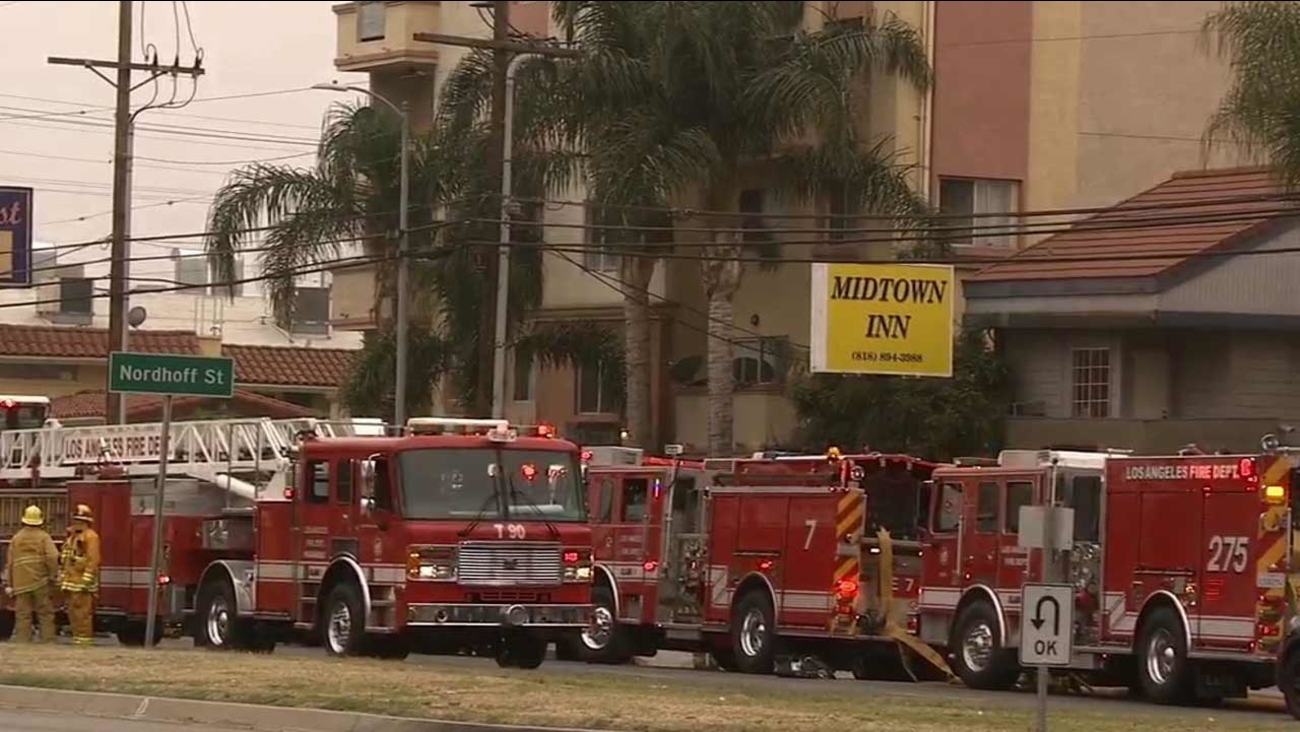 Los Angeles firefighters respond to a fire at a two-story motel in the 9100 block of N. Sepulveda Boulevard in North Hills Sunday, June 14, 2015.

NORTH HILLS, LOS ANGELES (KABC) -- A man was taken into custody after starting a fire and then barricading himself inside a room at a motel in North Hills Sunday.

Los Angeles firefighters responded to a two-story motel in the 9100 block of N. Sepulveda Boulevard at about 6:15 a.m. to fight the fire. It took approximately 50 firefighters 36 minutes to extinguish the flames in a motel room on the first floor.

After the fire was knocked down, officers took the suspect into custody without incident. All occupants of the motel were successfully evacuated with the help of "some good community members," according to LAPD Sgt. Daniel Bunch.

Sepulveda Boulevard was temporarily closed between Nordhoff and Parthenia streets.