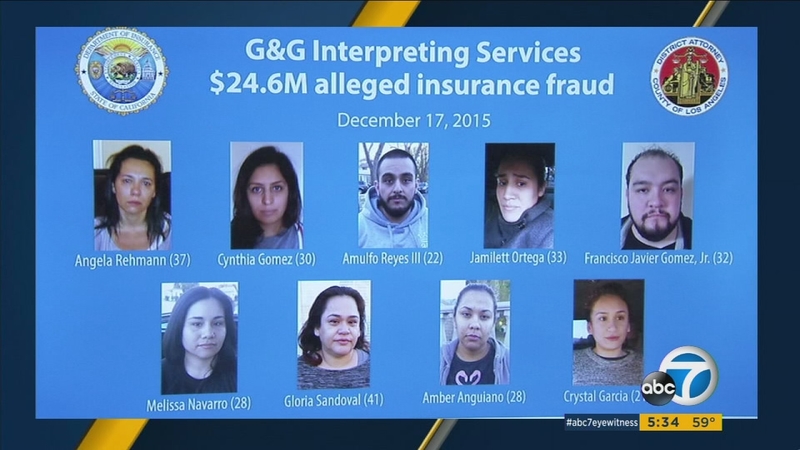 Officials carried out a morning raid on a North Hollywood home, which is one of the nine sites investigators arrested suspected conspirators.

"Our detectives discovered that $24.6 million of those billings from 2008 to 2012 were fraudulent billings," California Insurance Commissioner Dave Jones said.

According to the Insurance Commissioner, G&G got a hold of patient lists and sent bogus bills to the insurance companies.

In one case, detectives said they found $422,000 in charges racked up by a translator who never even set foot in a clinic because she was incarcerated.

Officials said she is in fact still in state prison today.

Jones said G&G, with over 200 employees, preyed on major businesses and huge cities, including Los Angeles, which are self-insured entities that contract insurance companies to handle workers' compensation claims.

As the investigation continues, the California Department of Insurance said they need the public's help to stop similar schemes.

"For example, if an interpreter does show up in the room in a medical clinic as a part of your workers' compensation case and you don't need one, we urge you to call the California Department of Insurance," Jones said.

Investigators are trying to determine whether the owners of G&G, Angela Rehman and her brother Francisco Gomez, opened a new operation to hide their activities.