Students look for answers after Art Institute of California-Hollywood closes 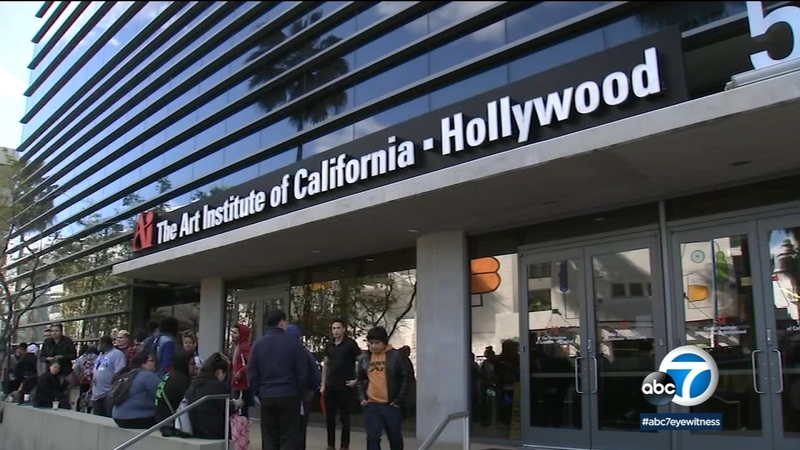 NORTH HOLLYWOOD, LOS ANGELES (KABC) -- The Art Institute of California-Hollywood in North Hollywood closed Friday, and many students spent the morning picking up transcripts and trying to figure out what's next.

After waiting in the cold for a few hours, former students were allowed in to receive their unofficial transcripts.

According to its website, tuition at the school runs more than $20,000 a year. The school offers courses from culinary arts to audio and visual arts.

Jason Davis, an army veteran and culinary student, said he and other veterans used their G.I. Bill to pay and go to school.

"I'm feeling robbed. We went to Afghanistan twice, got our G.I. Bill, tried to use it," Davis said. "Nine months of school for nothing. That's nine months of the G.I. Bill we'll never get back."

The Art Institute of California in Hollywood is closing down Friday, and students protested after finding out only a day before.

Other students said they were close to graduating and in debt.

Former student Anthony Martinez said he is in as much as $50,000 in debt.

The company that owns the for-profit school is in receivership. E-mails went out Wednesday informing students that the school was closing.

In a written statement, the school said in part:

"We are working with students, accreditors, state regulators and the U.S. Department of Education to provide as many options as possible for students, to include transfer to another higher education institution or student loan discharge."

Students learned at the beginning of the quarter, about eight weeks ago, that the school was in jeopardy of closing but they weren't given a timeline.