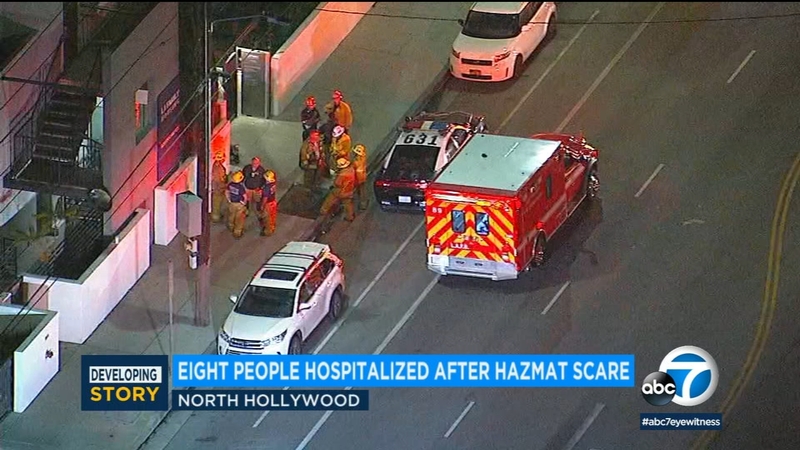 Firefighters responded to a medical emergency at a family housing unit near Lankershim Boulevard and Stagg Street at about 10 p.m., according to Eric Talamantes with the Los Angeles Fire Department.

Hazmat units were brought in, along with additional LAPD officers.

Among the patients treated included one child, whose age was not known.

The patients were transported as a precaution and all are expected to be OK.