Los Angeles police confirmed that the vehicle involved was owned by the city and sustained severe damage.
City News Service 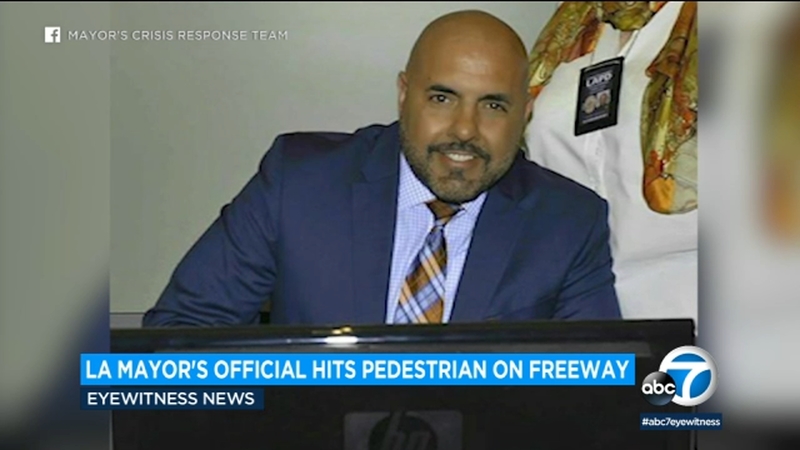 The pedestrian, who has not been identified, was struck around 10:30 p.m. Tuesday on the northbound freeway at Victory Boulevard, California Highway Patrol Officer Patrick Kimball said.

The victim, a man in his 30s, died at the scene, according to the Los Angeles County coroner's office and the CHP.

It was unclear why the man was walking on the freeway.

Los Angeles police confirmed that the vehicle involved was owned by the city and sustained severe damage.

Police also confirmed the driver -- who was taken to a hospital following the crash -- was a city employee.

The driver was identified by the mayor's office Wednesday as Joseph Avalos, a Los Angeles Police Department reserve officer who runs the mayor's Crisis Response Team.

The Crisis Response Team trains volunteers to respond to crisis situations, such as shootings, serious traffic accidents, suicides or killings.

According to the unit's website, CRT volunteers act as a "liaison between crisis survivors and department officials such as police officers and
investigators.''

"The CRT provides immediate comfort, emotional support, and resources to survivors of traumatic events to help those most affected begin their path to recovery,'' according to the site.