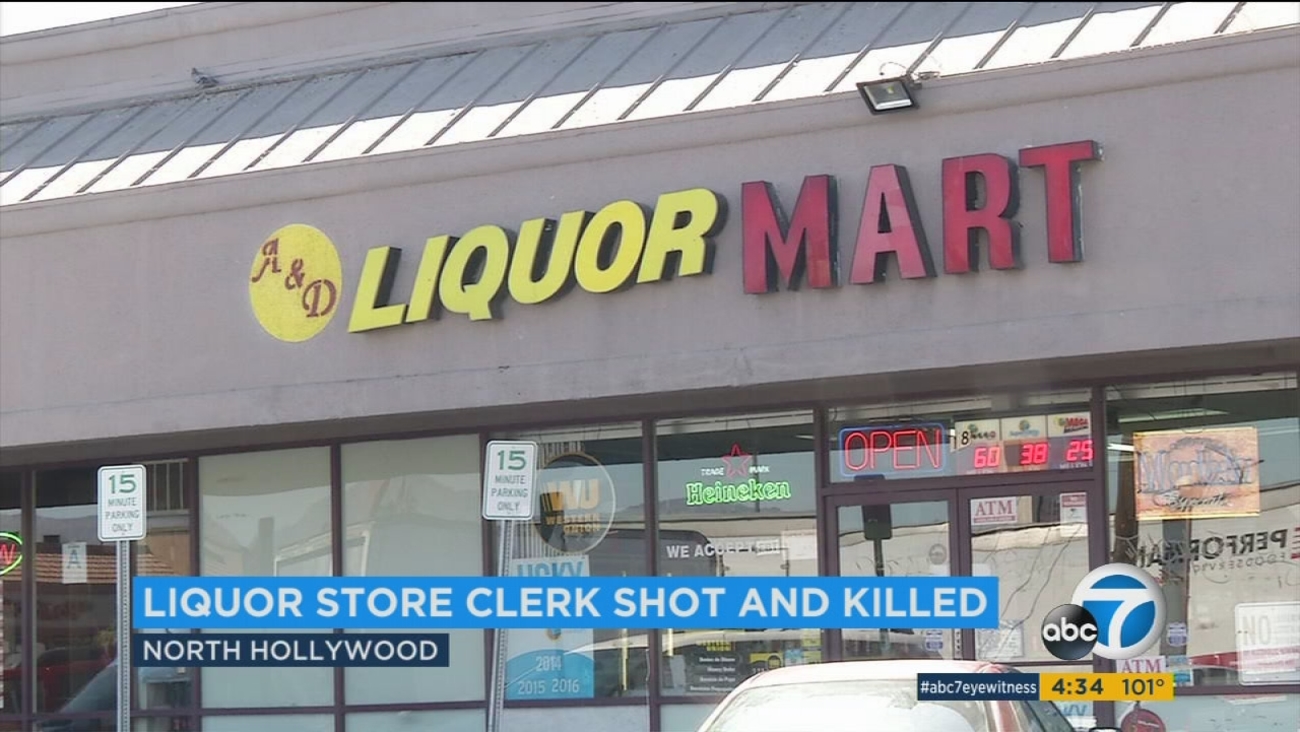 Police said a store clerk was shot and killed during a robbery at a North Hollywood liquor store over the weekend. (KABC)

NORTH HOLLYWOOD, LOS ANGELES (KABC) -- Two women were arrested in connection with a deadly robbery at a North Hollywood liquor store, according to authorities.

Detectives with the Los Angeles Police Department told ABC7 two women were taken into custody after 61-year-old Mohammed Kalam was shot and killed at the A & D Liquor Mart on Sherman Way and Bellaire Avenue.

Witnesses told police that two people entered the store and demanded something from Kalam at about 11:50 p.m. Witnesses then heard a gunshot.

Kalam, who was described by customers as a kind and generous man, was pronounced dead at the scene.

"He (was a) very hard worker," store owner Alex Kapner said of Kalam. "From day one I trust him with my store."

Kalam was a father of three who moved from Bangladesh 17 years ago. The store is accepting donations for his family.