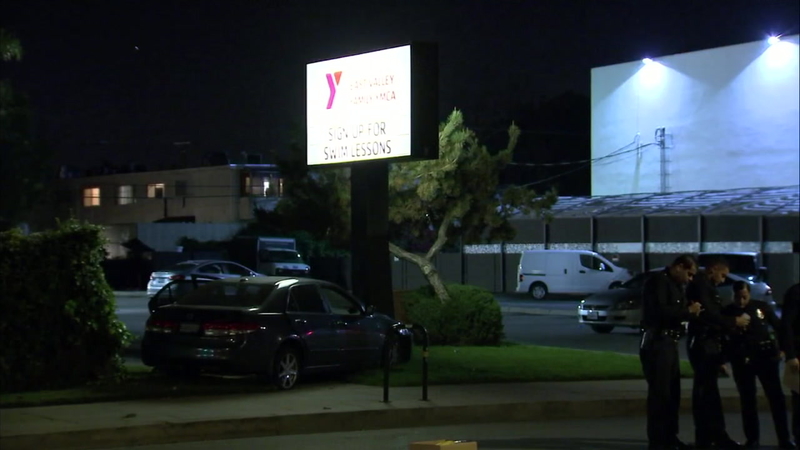 The shooting was reported at 7:45 p.m. on the 5100 block of Tujunga Avenue near Magnolia Boulevard, according to the Los Angeles Police Department.

Witnesses said they heard several gunshots right before the victims' car crashed into the sign in front of the East Valley Family YMCA.

"I heard boom, boom... or a car accident. Then I heard three more shots," a witness to the scene said.

Witnesses who did not want to be identified said both the male driver and female passenger were shot multiple times.

The male victim ran into the YMCA after being shot.

"He said 'Please help me. Somebody call the police. I don't want to die.' He was running all over and the whole hallway was full of blood," the witness said.

He also told YMCA staff a woman was still in the car. Witnesses said she had been shot at least three times in the leg.

The other victim was found in the car, which crashed into a pole.

"I ran out. She was screaming. I mean literally just screaming to the top of her lungs, and she was saying, 'Am I paralyzed, am I paralyzed? I was trying to calm her down," a witness said.

Police said the weapon is a possible semi-automatic. Detectives said it may have started as a verbal dispute between strangers at a nearby fast food restaurant.

Both victims were treated at a hospital and police said they are in good condition.