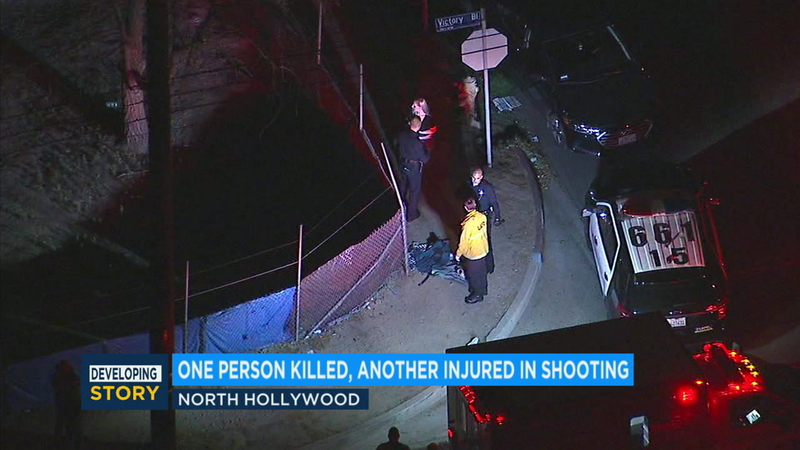 NORTH HOLLYWOOD, LOS ANGELES (KABC) -- One man was shot dead and another man was wounded in North Hollywood Monday night.

The shooting was reported around 10:30 p.m. in the 6400 block of Denny Avenue, near Victory Boulevard.

Two people were found - one was found outside of a home with a gunshot wound to the upper body, while the other was inside the residence. That victim wasn't conscious or breathing, authorities said.

The person found outside was transported to a hospital in stable condition, with at least one gunshot wound.

Footage from AIR7 HD showed an ambulance at the scene, where one of the victims was wheeled in and taken to a nearby hospital.

No information on a suspect or suspects was available.