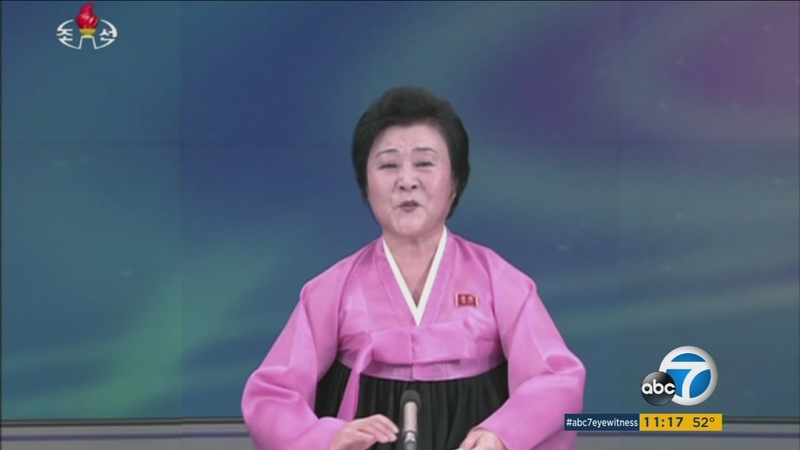 Trained as an actress, Chun-hee began her career on state television in 1971, where she was known as the people's broadcaster with the right dramatic voice for all occasions.

She helped her country through some difficult moments, including weeping announcements on the deaths of two leaders, the most recent being Kim Jong-il in 2011.

But the following year, in 2012, the 69-year-old Chun-hee announced she was taking a backseat, and gave an exclusive interview to Chinese broadcaster CCTV.

"Many anchor women now are very young and beautiful, and far more suitable to appear before the viewers," she said.

She also revealed some of her techniques, saying different tones should be used depending on the subject matter. She demonstrated her mild tone with a friendly Lunar New Year broadcast.

Now in her 70s, the forceful grandmother in traditional Korean dress is still a big gun waiting in the wings.

And what could be bigger than a menacing warning to the west over a claimed explosion of a hydrogen bomb?