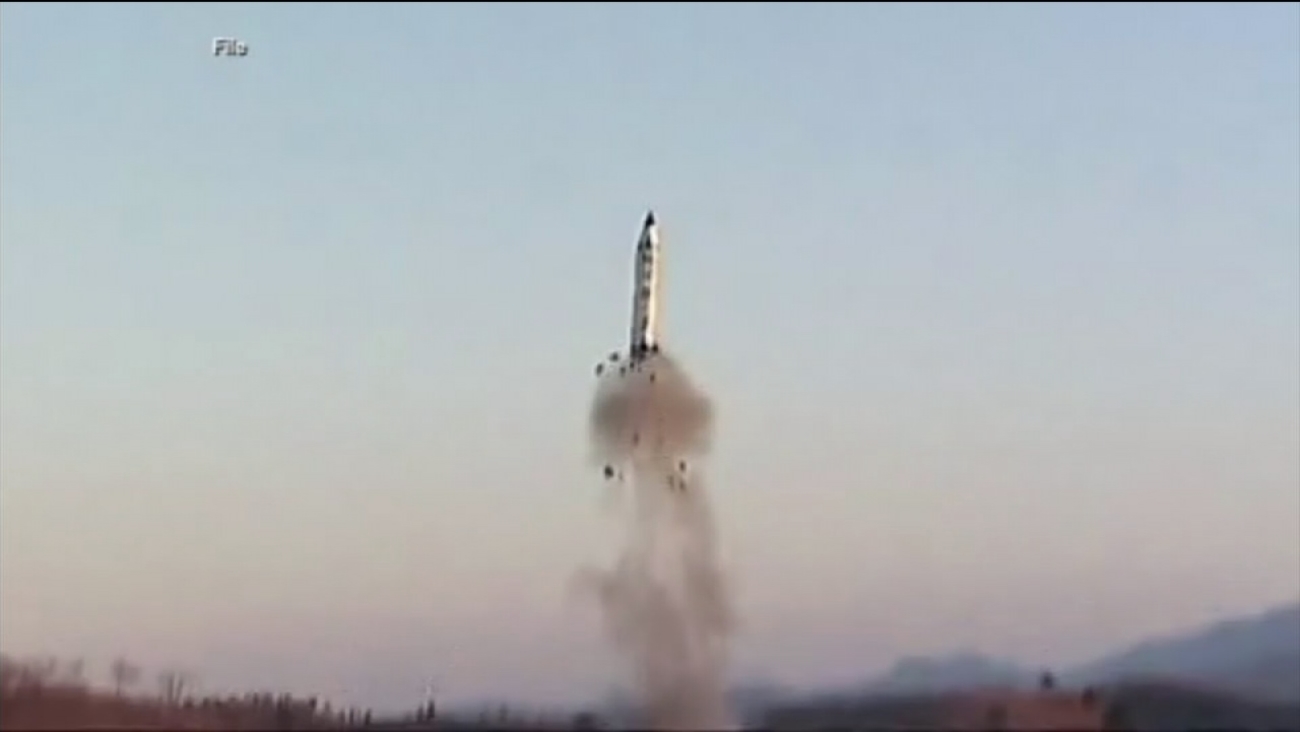 A previous missile launch in North Korea is shown in a file photo. (KABC)

UNITED NATIONS -- The U.N. Security Council unanimously approved tough new sanctions on North Korea Friday in response to its latest launch of a ballistic missile that Pyongyang says is capable of reaching anywhere on the U.S. mainland.

The new sanctions approved in the council resolution include sharply lower limits on North Korea's oil imports, the return home of all North Koreans working overseas within 24 months, and a crackdown on ships smuggling banned items including coal and oil to and from the country.

But the resolution doesn't include even harsher measures sought by the Trump administration that would ban all oil imports and freeze international assets of the government and its leader, Kim Jong Un.

The resolution, drafted by the United States and negotiated with China, drew criticism from Russia for the short time the 13 other council nations had to consider the text, and last-minute changes to the text. One of those changes was raising the deadline for North Korean workers to return home from 12 months to 24 months.

U.S. Ambassador Nikki Haley said after the vote that "the unity this council has shown in leveling these unprecedented sanctions is a reflection of the international outrage at the Kim regime's actions."

The new sanctions also ban the export of food products, machinery, electrical equipment, earth and stones, wood and vessels from North Korea. And it bans all countries from exporting industrial equipment, machinery, transportation vehicles and industrial metals to the country.

North Korea's test on Nov. 29 of its most powerful intercontinental ballistic missile yet was its 20th launch of a ballistic missile this year, and added to fears that the North will soon have a military arsenal that can viably target the U.S. mainland.

Trump on North Korea missile launch: 'We will take care of it'
EMBED More News Videos

Britain's U.N. Ambassador Matthew Rycroft said the Security Council is sending "a very strong united signal to the North Korean regime that enough is enough, that they must stop their nuclear program and they must stop their intercontinental ballistic missile program."
France's U.N. Ambassador Francois Delattre said: "We believe maximum pressure today is our best lever to a political and diplomatic solution tomorrow ... (and) our best antidote to the risk of war."

The previous sanctions resolution was adopted on Sept. 11 in response to North Korea's sixth and strongest nuclear test explosion on Sept. 3.

Haley said at the time that the Trump administration believed those new sanctions, combined with previous measures, would ban over 90 percent of North Korea's exports reported in 2016.