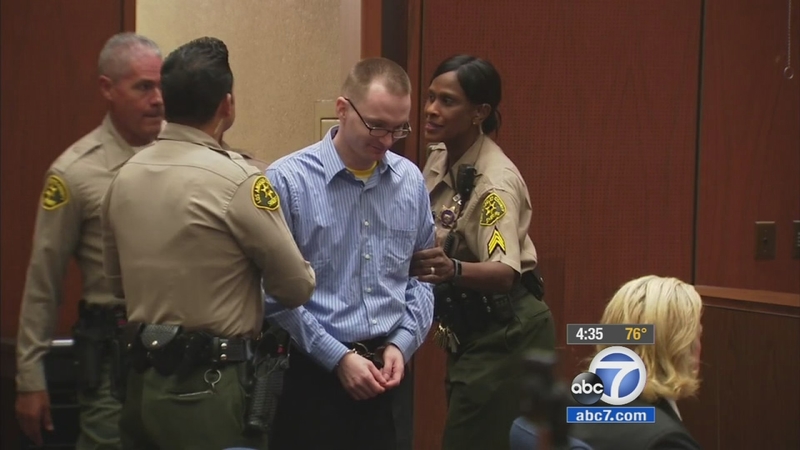 LOS ANGELES (KABC) -- A man was convicted of kidnapping a 10-year-old Northridge girl at knifepoint from her bed and repeatedly raping her in 2013.

Prosecutors say Tobias Summers kidnapped the girl from her bedroom in the early morning hours of March 27, 2013.

Summers was arrested in a small Mexican village on April 24, 2013, and brought back to the U.S. by FBI agents. Summers had checked himself into a rehab facility in Mexico under a fake name. LAPD Chief Charlie Beck credited a widely publicized $25,000 reward for Summers' arrest.

On Friday, Summers was found guilty of a slew of charges, including sexual assault, kidnapping and burglary. The 34-year-old shook his head as the verdicts were read, while the girl's family breathed a heavy sigh of relief and wiped away tears.

Prosecutors said Summers sexually assaulted the girl in numerous locations in the city before dropping her off. She was found near a Starbucks 12 hours after being kidnapped.

His sentencing hearing is scheduled for Oct. 22. Summers faces the maximum sentence of life in prison.