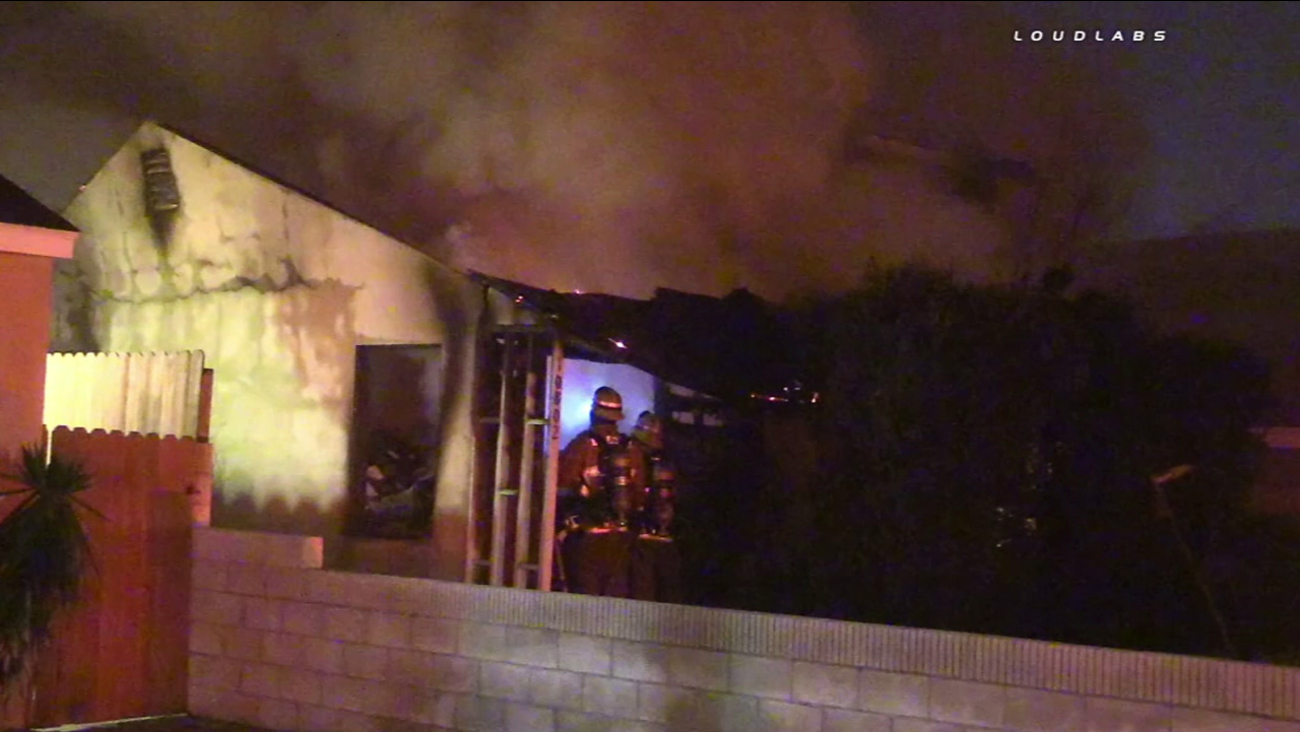 NORWALK, Calif. (KABC) -- One person was killed and another hospitalized with smoke inhalation following a house fire in Norwalk Friday, authorities said.

The Los Angeles County Fire Department received a 911 call about the fire in the 14000 block of Dumont Avenue shortly after 3 a.m.

Responding firefighters found the two-story house fully involved in flames. A knockdown was declared at about 4:15 a.m.

The blaze caused the roof of the home to collapse, Inspector Randall Wright said.

Firefighting efforts were hampered because of several explosions inside the home caused by oxygen cylinders ignited by the flames, Wright said. No firefighters were injured.

The name of the victim has not been released yet. The cause of the fire remains under investigation.